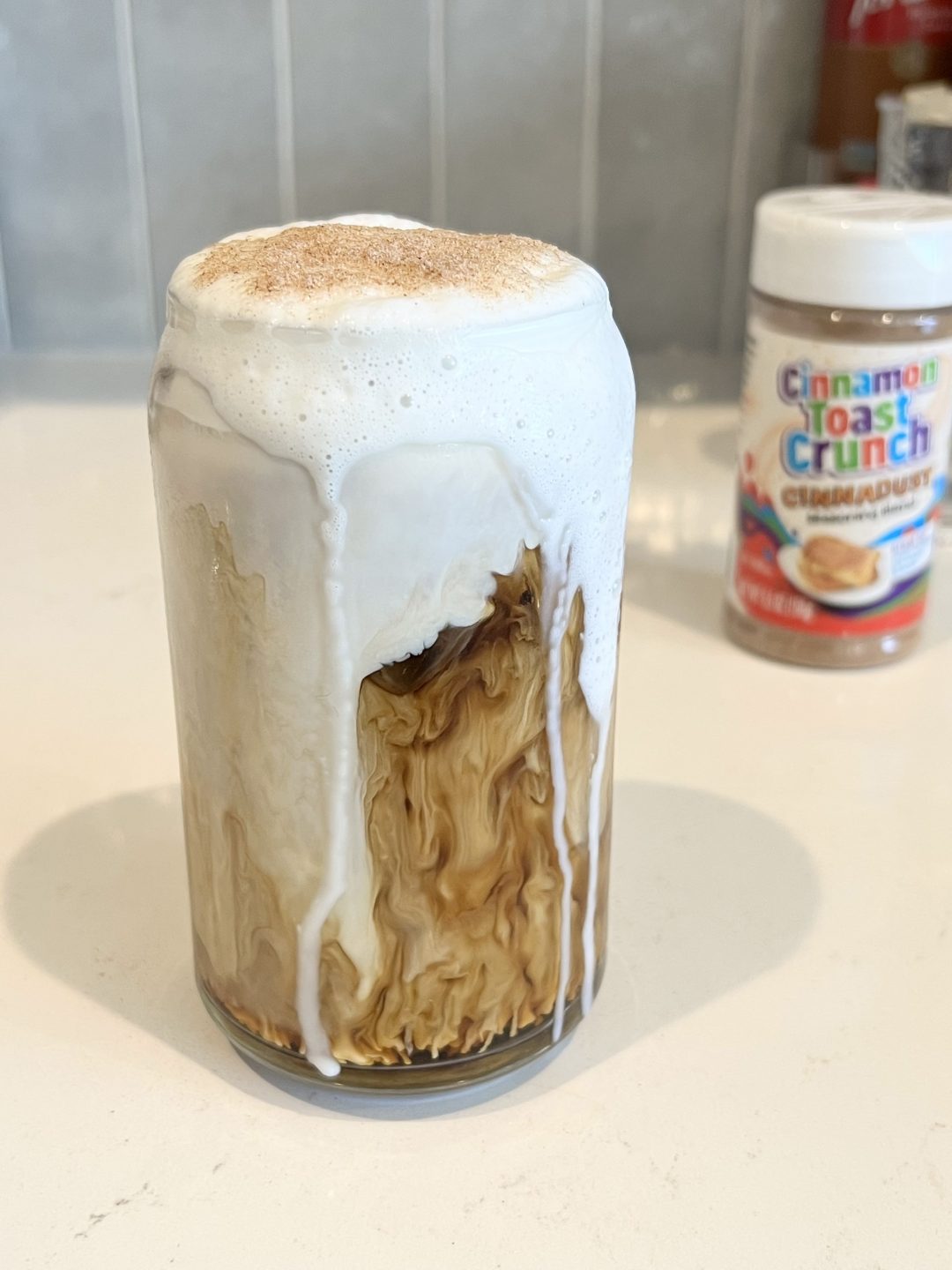 My favorite cereal ever is Cinnamon Toast Crunch. Who’s with me? Seriously, though, is there anything better than little crunchy pieces of cereal coated in cinnamon and sugar drenched in milk? The answer is no – no there isn’t.

So, it’s probably no surprise that many of my coffee concoctions feature cinnamon in them.

And that’s why when I spotted this Cinnamon Toast Crunch Cinnadust topping, I had to make a coffee with it. Since then, I’ve been sprinkling this Cinnadust on everything – from breads to popcorn. It’s so good.

But, you’re here for the coffee, so let’s get started! 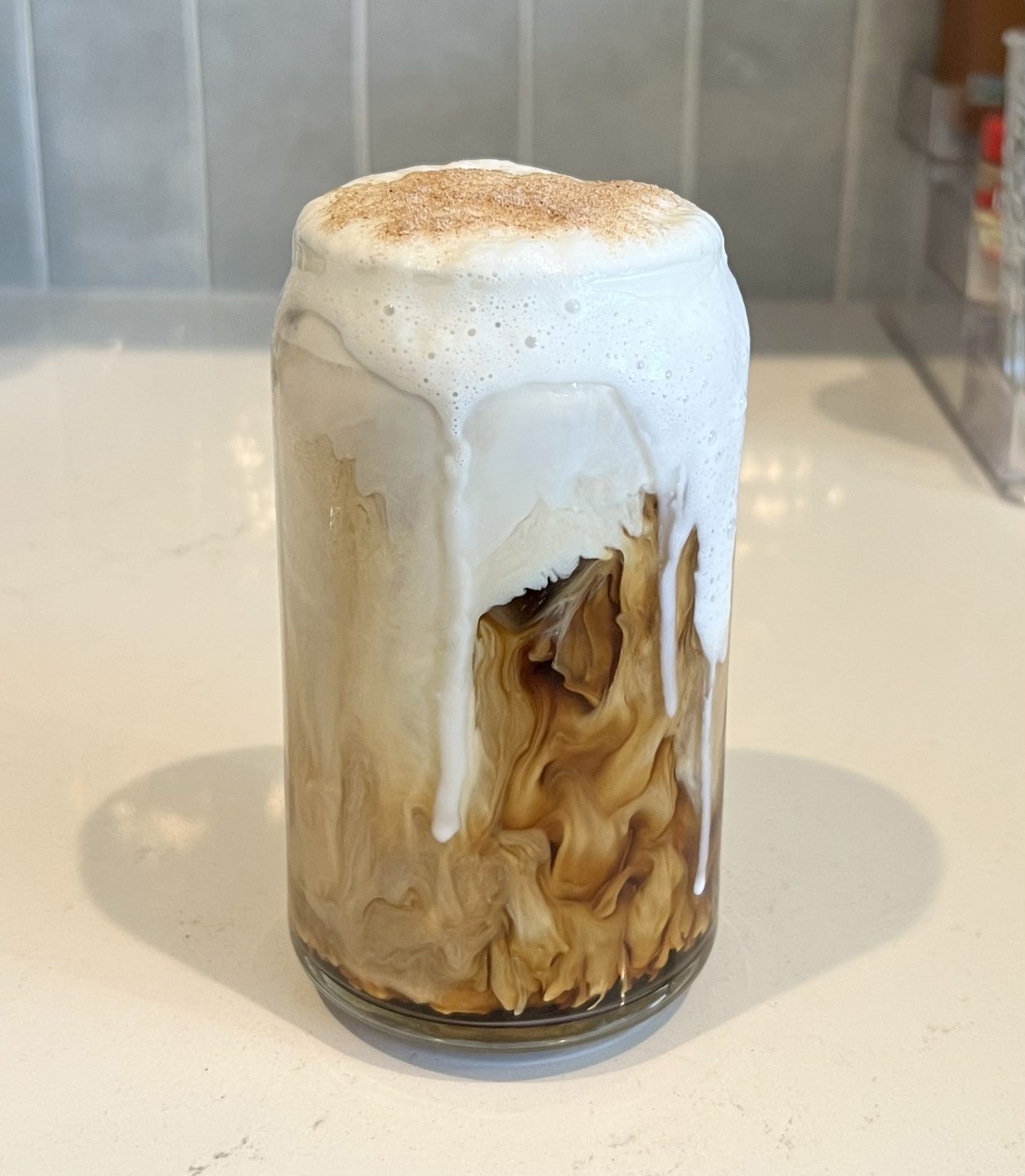 Here’s what you’ll need to gather to make this recipe:

That’s it! Pretty simple! Once you have all your ingredients, putting this together will be no big deal. Also, affiliate links are used above for products I use and bought myself. If you make a purchase through my links, I may receive a commission at no cost to you. Cheers!

I put together a little video for you to get you excited about this delicious drink:

I do have a whole post on this, but I also shared quickly how I make it in a recent Instagram video for my Cinnamon Dolce Latte recipe. It’s at the beginning of this video if you want to watch it really quick:

You can find the full recipe for this cinnamon syrup here, too.

*****
I hope you’ll try Cinnadust after reading this! Let me know what you think. Tag me over @whatthefrothblog.