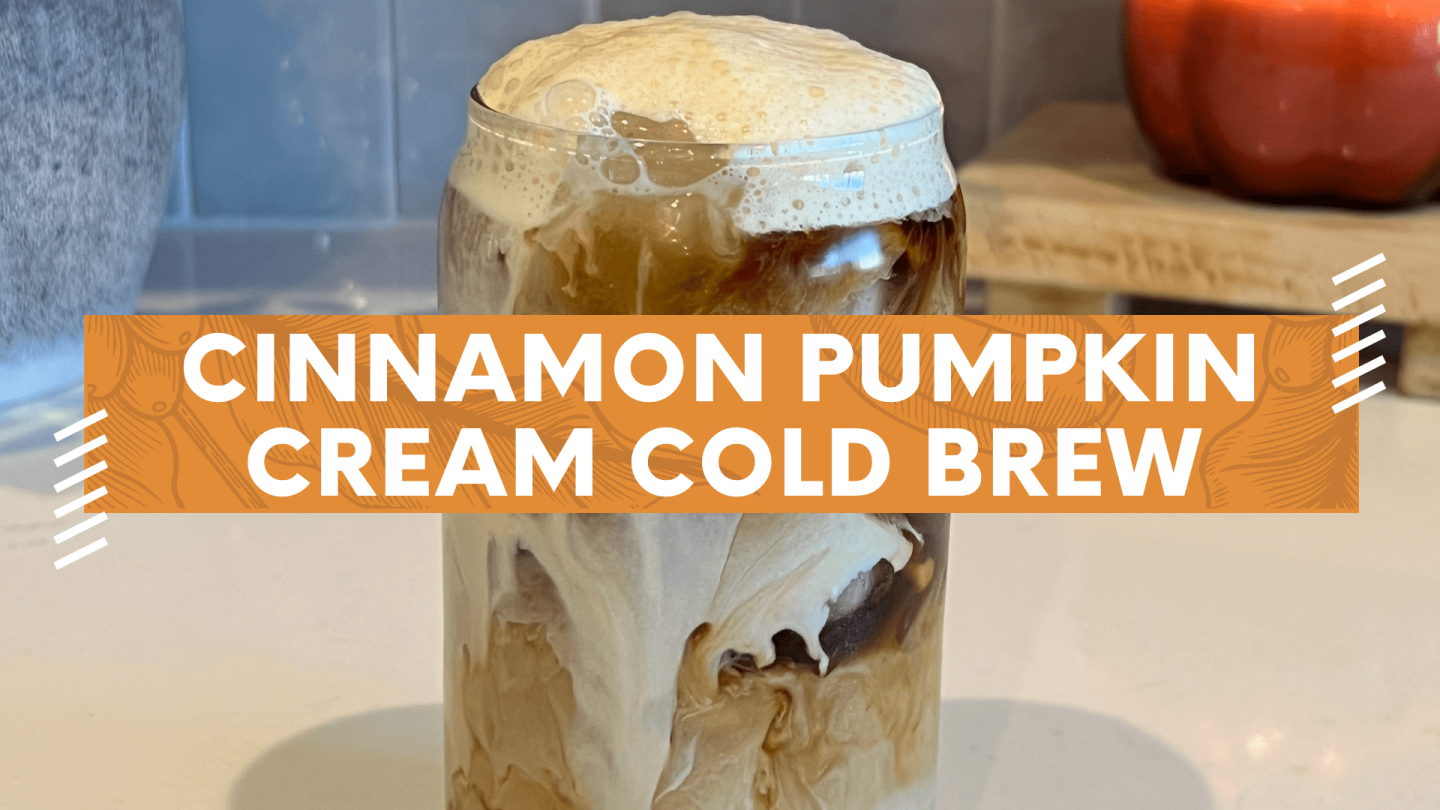 I was never a fan of pumpkin coffee drinks until last year, when both Dutch Bros and Starbucks unveiled new pumpkin drinks that used cold brew and a pumpkin cream cold foam with plenty of cinnamon. I’m all about cinnamon and coffee, so adding a little pumpkin flavor  is like a drinkable pumpkin pie.

Now that’s a drink I can get on board with.

So, when I got my new Maestri House detachable milk frother, I knew exactly what I wanted to make with it. Since I had just made a batch of my favorite homemade cinnamon simple syrup and had a can of pumpkin puree on hand, I figured I could whip up my own version of a cinnamon pumpkin cream cold brew that would be delicious.

Let’s take a look at my new frother and stay tuned for the whole recipe, too: 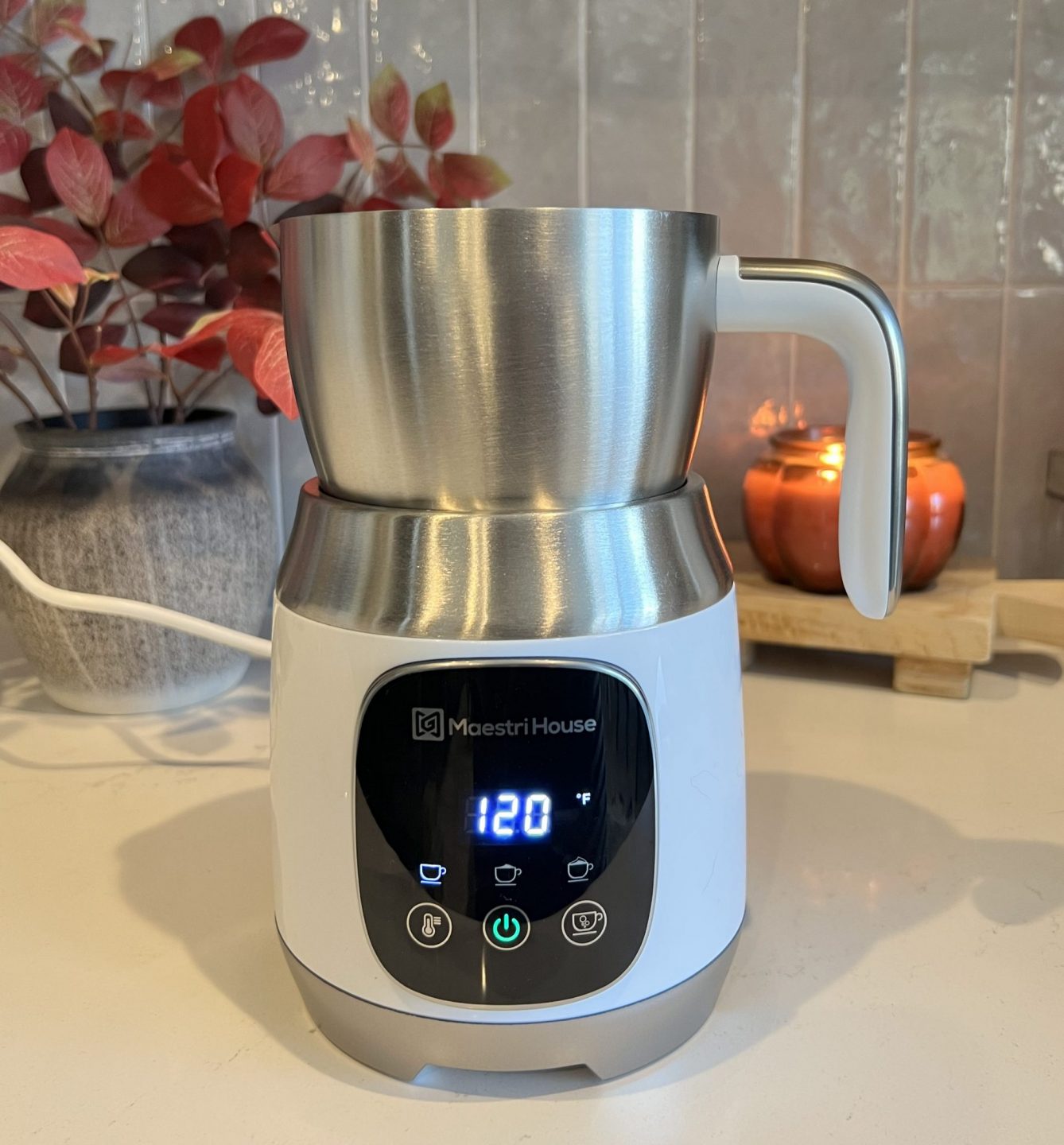 I’ve seen the milk frothers with detachable pitchers and always thought that was a genius idea. Turns out, it’s super convenient, too, plus the extra large pitcher makes up to 21oz of foam or drinks, so you know I’ll be using this to make peppermint hot chocolate this winter (yessss).

It’s also loaded with a ton of features, all accessible from the touch screen display, where you can select the temperature and froth thickness.

Since I used it to make cold foam, I made sure to set it at the lowest temp of 120F and removed the whisk cover that you only use when making hot chocolate.

I love that I can control the foam thickness, especially since I tend to like a thicker, richer foam and I’m still learning all the ways that I can use this to customize my foam. Definitely an upgrade from my previous frother that only gave me one choice for hot or cold foam.

And, the detachable pitcher is stainless steel and can actually go in the dishwasher. Hurrah!

There are a lot more cool features to this milk frother, so if you’re in the market for a new one, check it out here.

Now, let’s get to the recipe!

*Affliiate link are used here for products I use and love. If you choose to make a purchase through my link, I may receive a commission at no cost to you! Cheers! 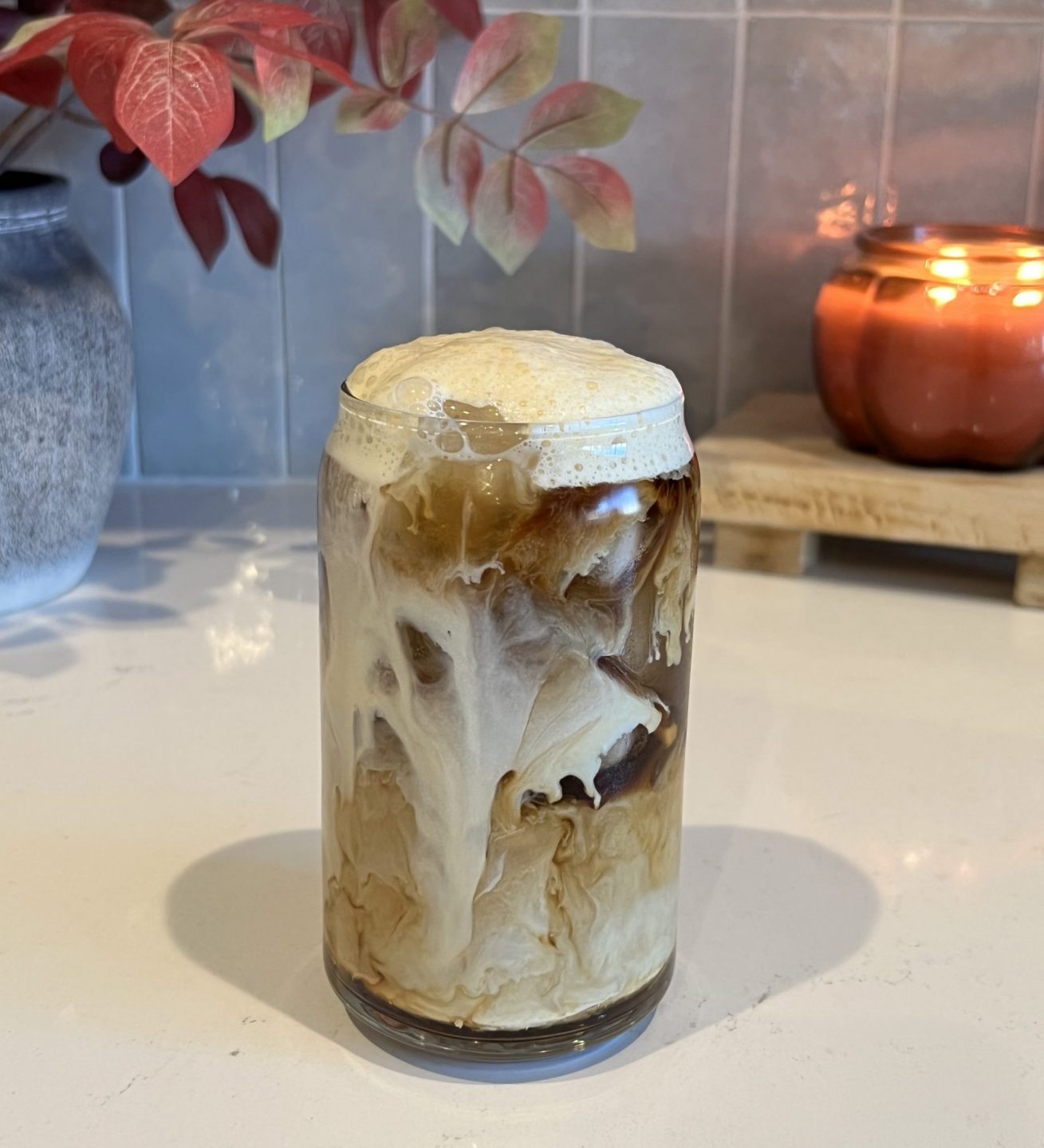 You’ll need the following ingredients to get started. You can sub out the cinnamon syrup for a cinnamon vanilla store bought syrup or even a Pumpkin Pie sauce or syrup. Make it your own and use what you like.

I also like my coffees on the sweeter side, so if you don’t – you may want to start with half the amount of syrup in the coffee. Make the cold foam as is to start, because it’s not as sweet as I usually make it and I’ll add more syrup next time I do it. 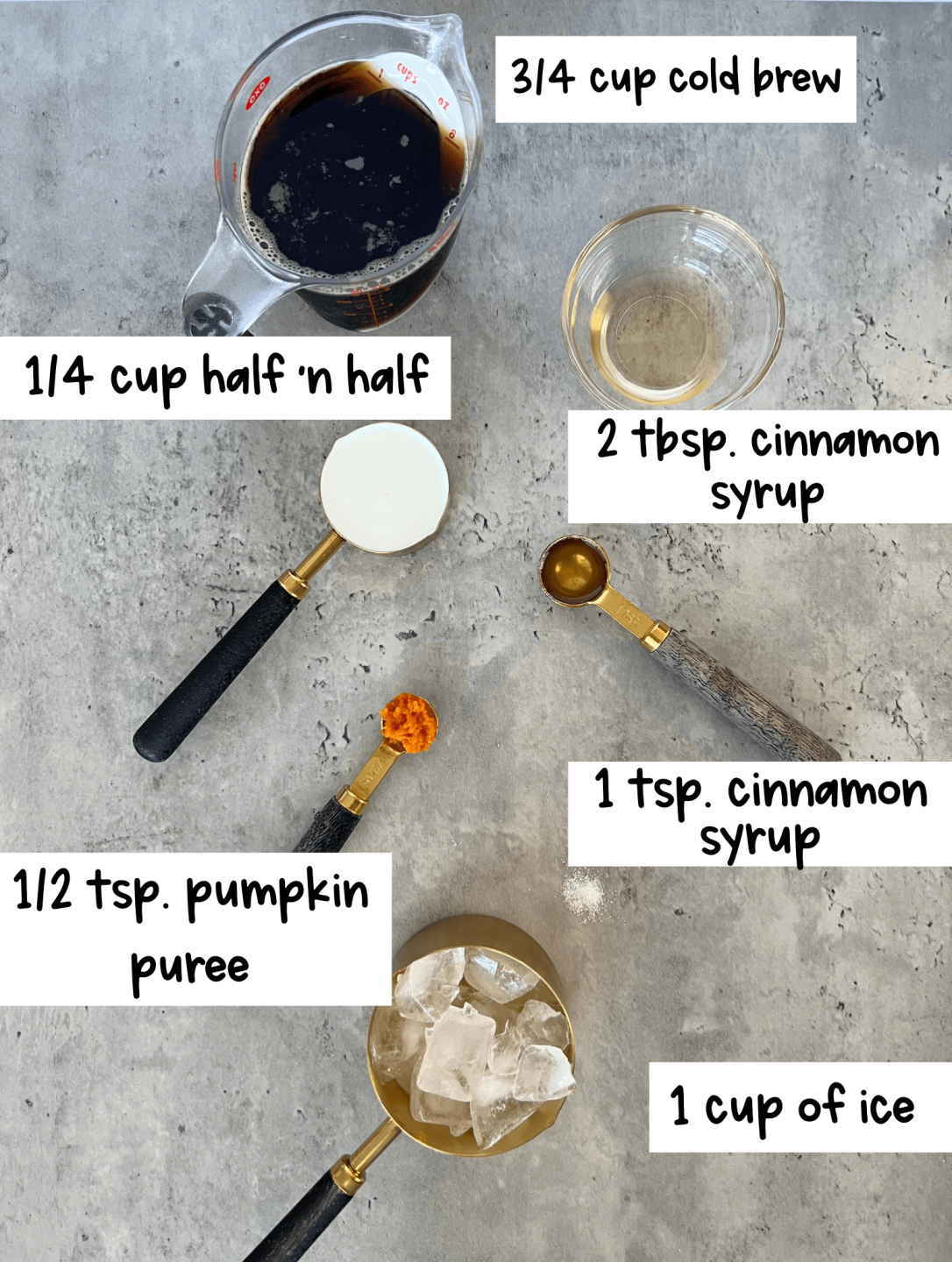 How To Make the Cinnamon Pumpkin Cream Cold Brew: 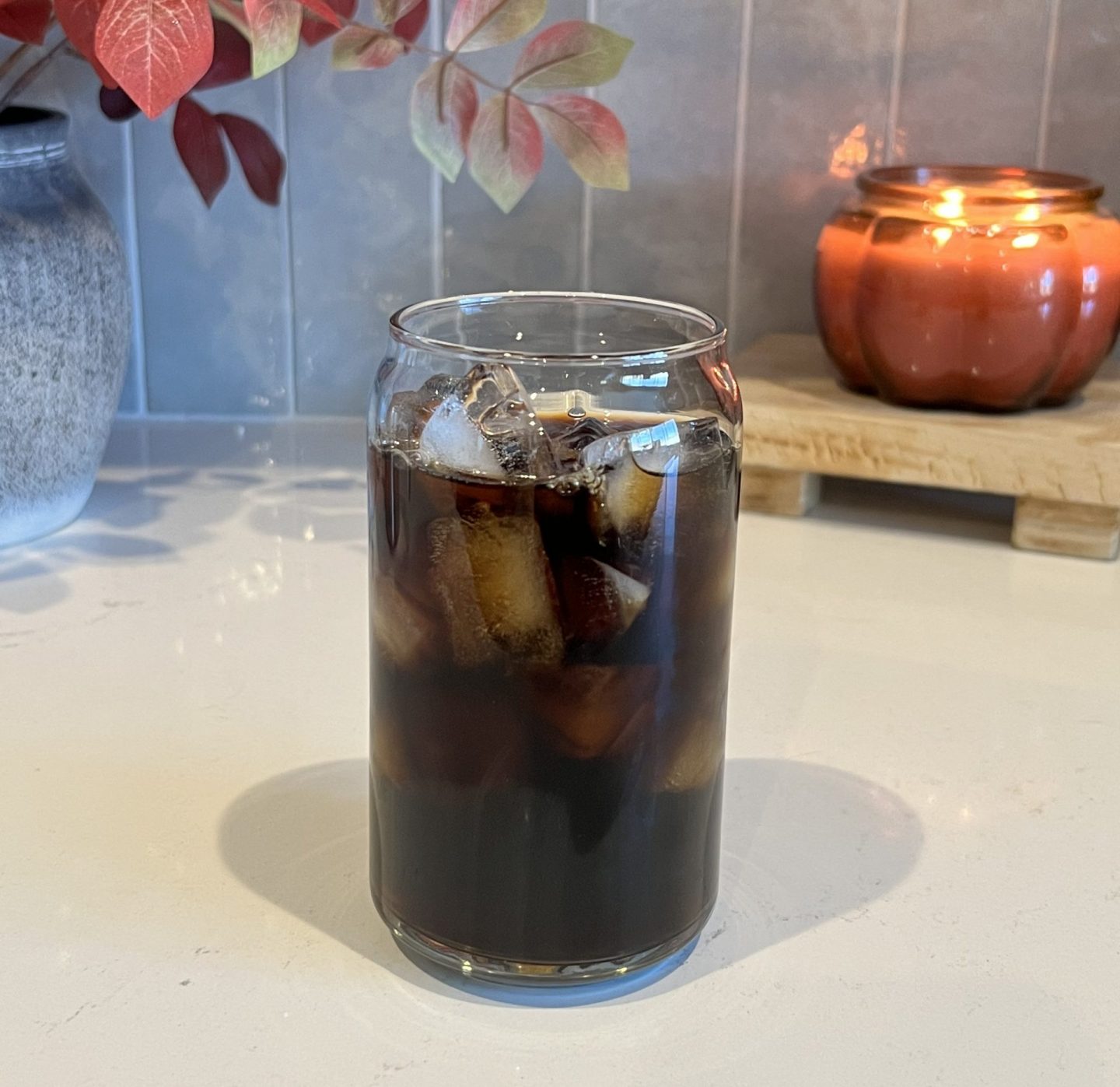 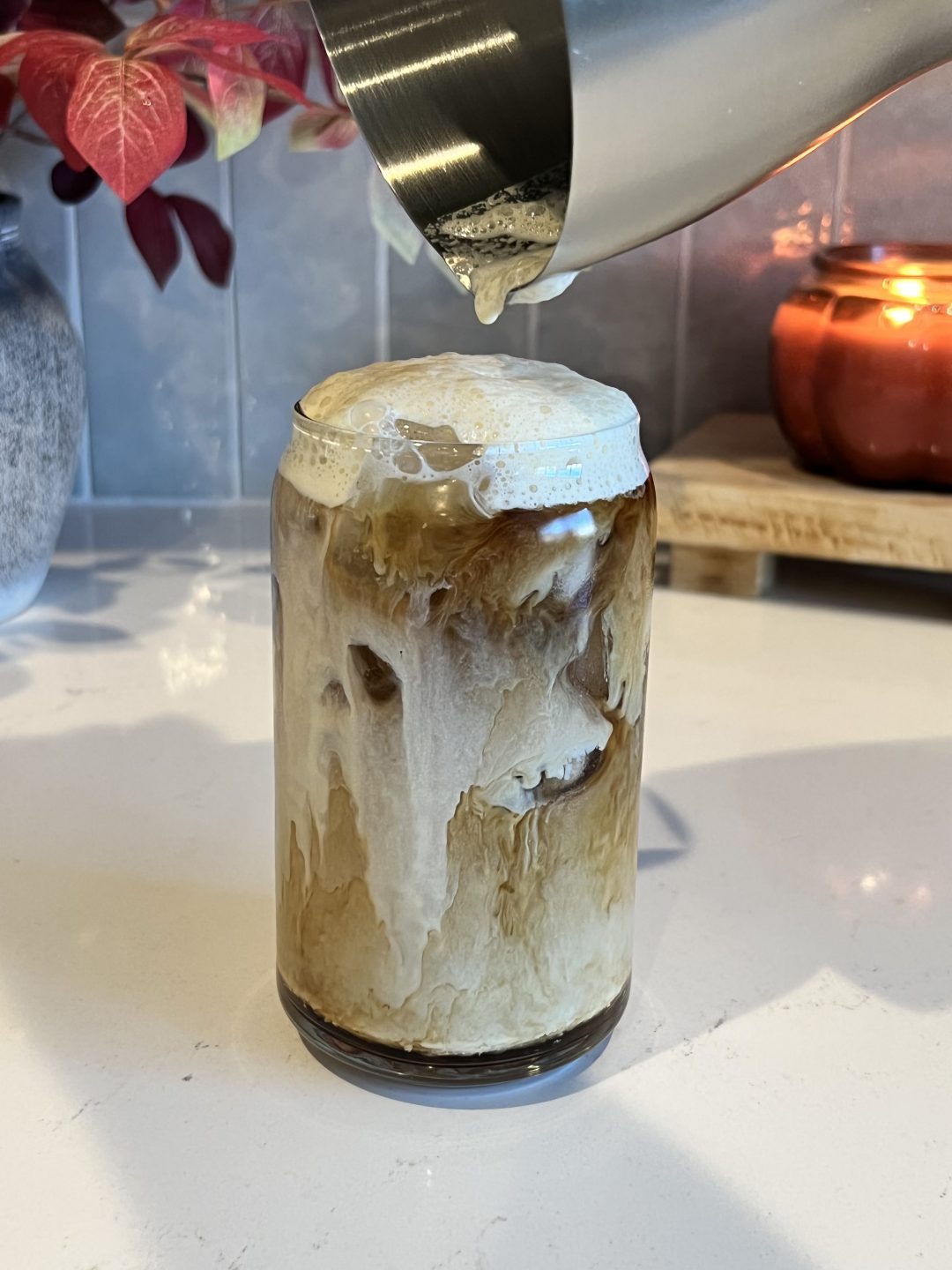 I didn’t add toppings this time, but you can add all sorts of toppings here to make it even more delicious:

That’s it! I am working on a pumpkin cold foam that is closer to the Starbucks one if you really want that pumpkin taste to kick you in the mouth, lol. This one here is more subtle and I like that it is more balanced with the cinnamon. But, I like the Starbucks one, too.

If you try this recipe, be sure to tag me on Instagram so I can celebrate with you!