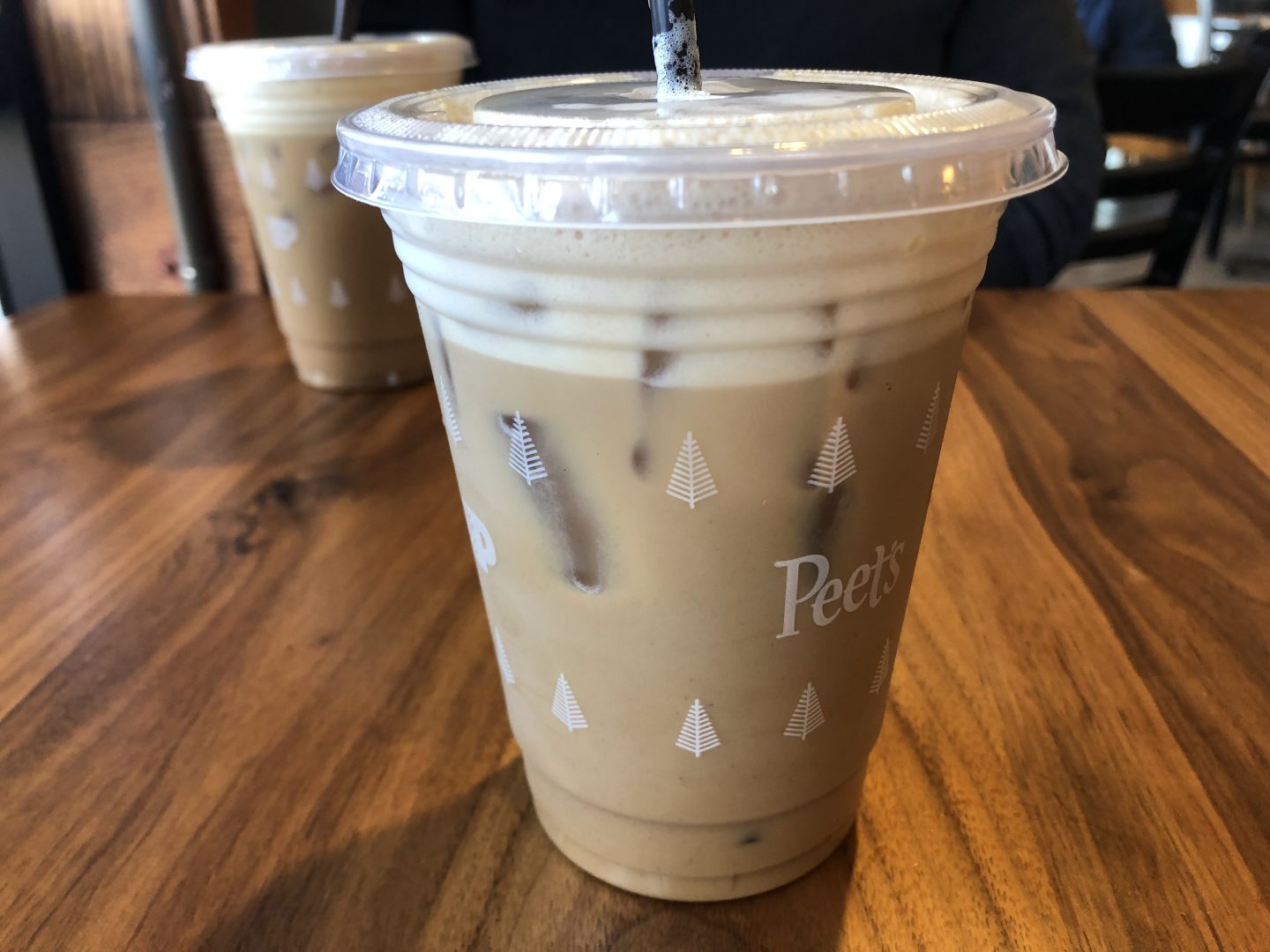 We feel lucky to live near a Peet’s that has a large open patio right outside, too, with beautiful views of the area. It’s a swanky place to sit and enjoy a cup of coffee. It’s hard not to feel grateful when I’m sitting there.

If you’ve been around the blog for a minute, you know my deep love for cinnamon-infused coffees – heck, I even make my own cinnamon simple syrup for when I’m mixing up a drink at home.

So, I was super excited when I saw the new menu additions and my cousin and I tried them all just for you.

Okay, who are we kidding, we would’ve tried them all anyway – but we’re definitely going to share it with you. 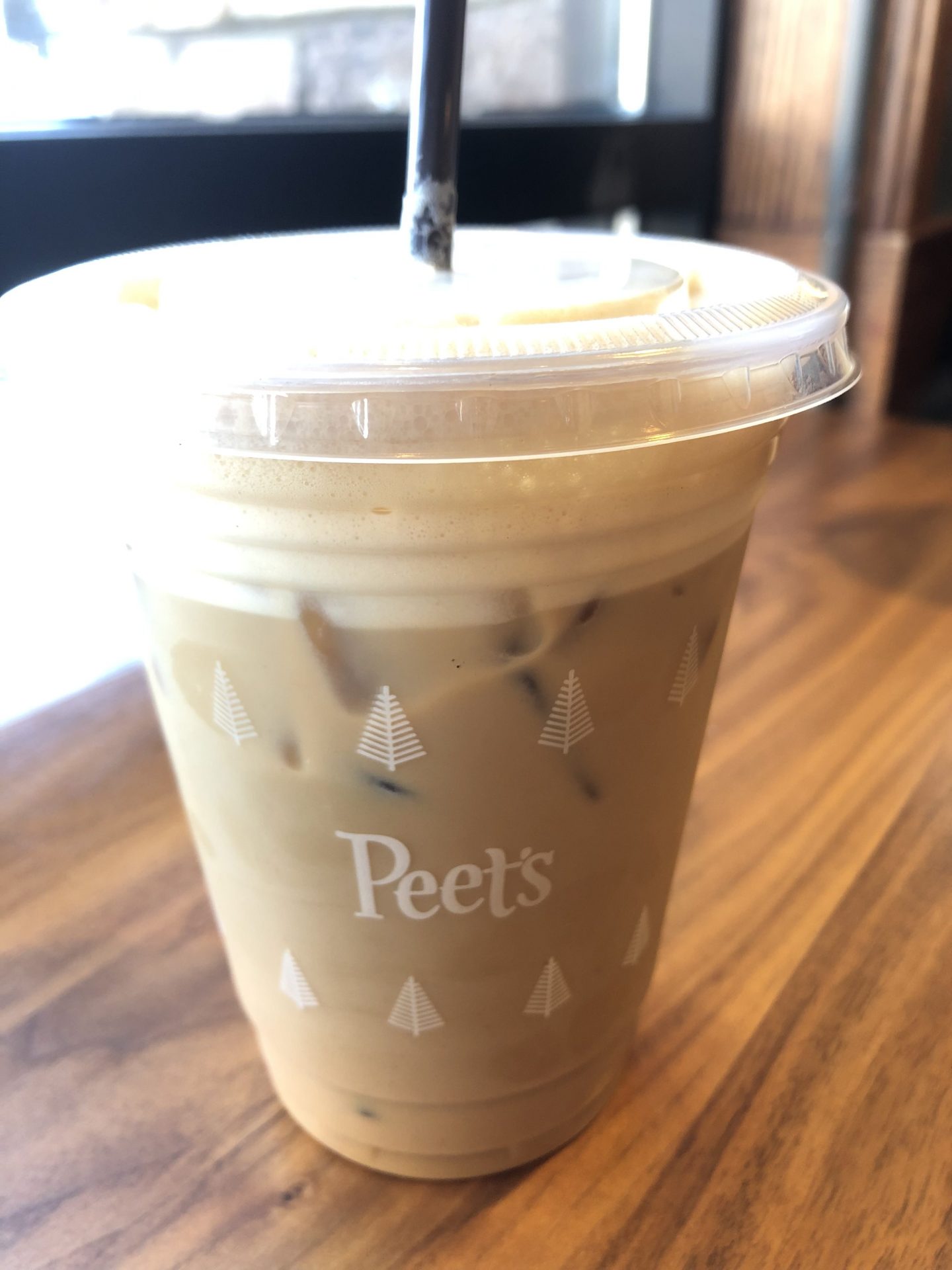 Awhile ago, Peet’s had a Horchata Latte that was seriously delicious. I think you can still ask for it, if they have the horchata sauce ready to go. Make it with oatmilk and it’ll rock your world.

So, when my cousin and I saw the new menu with not one, not two, but THREE new churro-inspired coffee drinks, it didn’t take long for us to grab one of each and sit down for a taste test.

If you’ve been looking for a new Peet’s Coffee drink to try, get ready, because I think we just found it.

A match made in heaven, Peet’s took the cold brew base and topped it with a cold foam infused with a little sweetness, a little cinnamon and a little oat.

This one is good, especially fi you like to really taste your coffee and you’re a fan of the Starbucks Vanilla Sweet Cream Cold Brew. It is not as sweet as that one, but very good, and you can ask them to put a couple pumps of sweetener in the cold brew, too, if you’re concerned about the black coffee taste.

For some reason, we didn’t snatch a pic of this one before it was mostly gone, but I definitely recommend it as our number #3 pick and top pick for people who like a strong coffee taste.

I was really excited to try this one. It’s a pretty drink, too, thanks to the craft of Peet’s baristas (aren’t they so good?).

This delicious drink has a cinnamon sugar-infused steamed milk, espresso and toasty cinnamon syrup. The combo is delightful, friends. It’s really good. Plus, Peet’s always gets that good foam on those iced drinks, too: 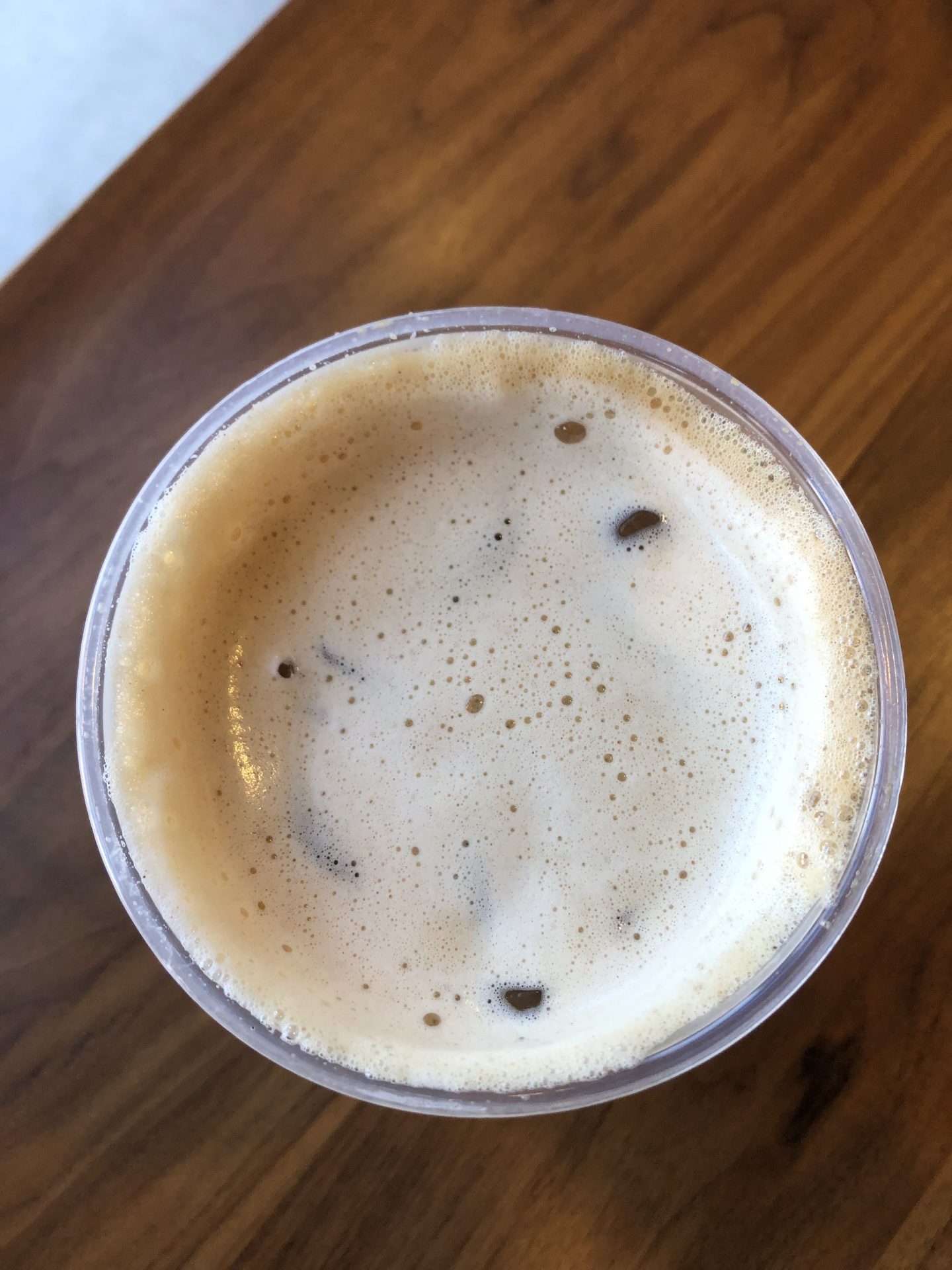 If you’re a fan of Cinnamon Dolce Latte, you will looooooove this one. It almost tastes like Cinnamon Toast Crunch mixed with coffee.

However, this is our #2 pick, because another drink edged it out of the top spot …. 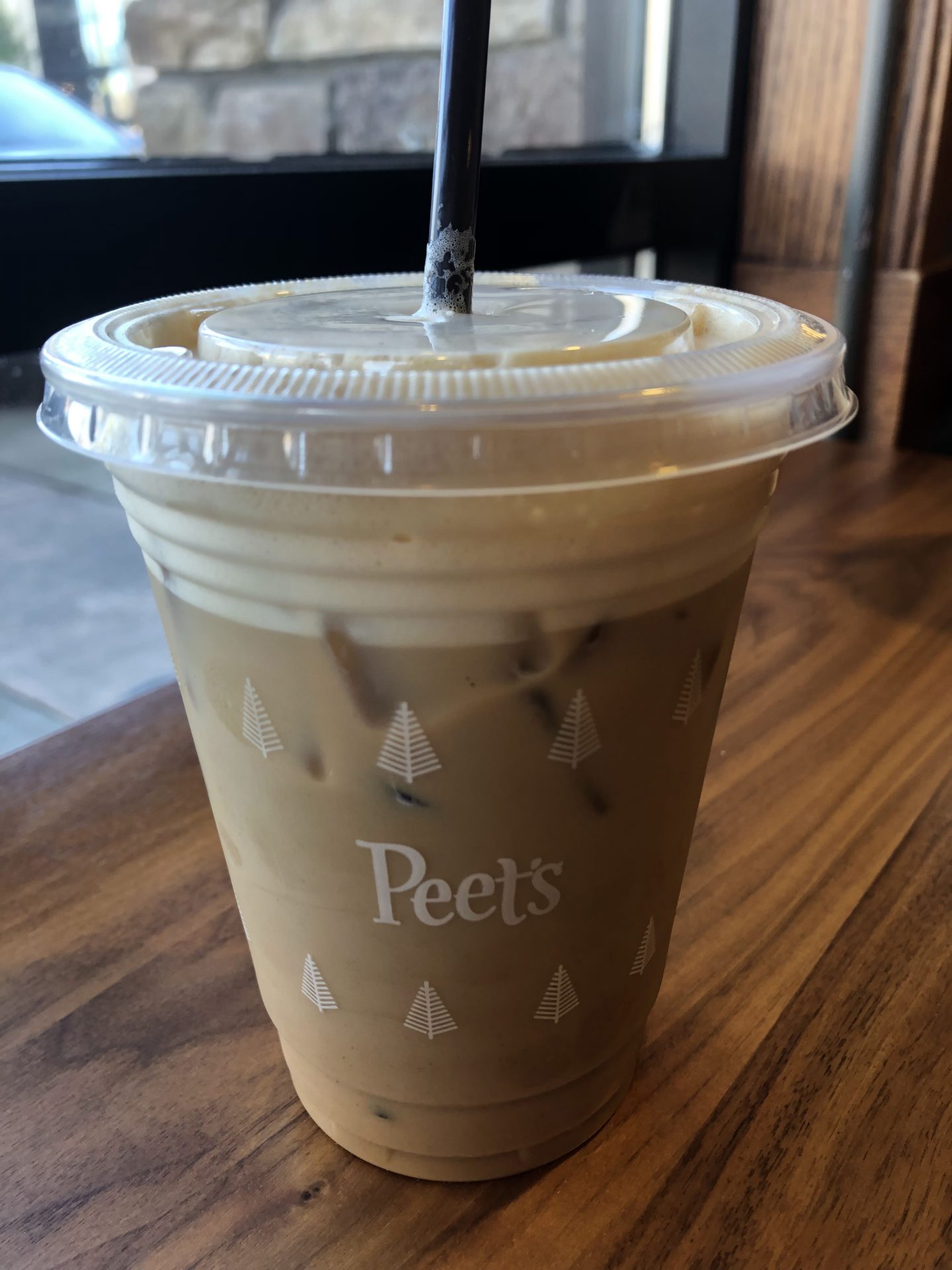 Winnner, winner, chicken dinner! This is SO GOOD. WOW. I was originally planning on grabbing the Churro Latte for myself and leaving my cousin with this one, but after trying all three – we were fighting over this!

This one has cinnamon syrup, buttery caramel, sweet ristretto shots of espresso and cinnamon sugar-infused milk topped with a swirl of rich caramel.

Since it’s release, this has easily become one of my favorite coffee shop drinks ever and I’ve been making quite a few more Peet’s stops since it came out.

This breakfast sandwich was unveiled when they released the drinks. I’ve had the chance to savor one of these a couple of times now. It’s hard to get my hands on one, because they tend to sell out long before I step food inside. Our Peet’s gets very busy in the mornings before work, so the rest of us that waltz in mid-day can sometimes get left with less food options.

But, I will say, if you can get one – buy it. You’ll love it. It’s delicious, without being as heavy and greasy as other breakfast sandwiches.

There’s a few Member Exclusive drinks that have also been released and I need to get in there to try them. If you want to beat me to it, here they are:

If you remember the former Black Tie drink at Peet’s, you’re as excited as I am about this combination.

Looking for more Peet’s drink recs? Check out these posts where we put popular drinks head-to-head in a taste test:

I’m going to try the member exclusive drinks soon and report back ASAP. Until then….