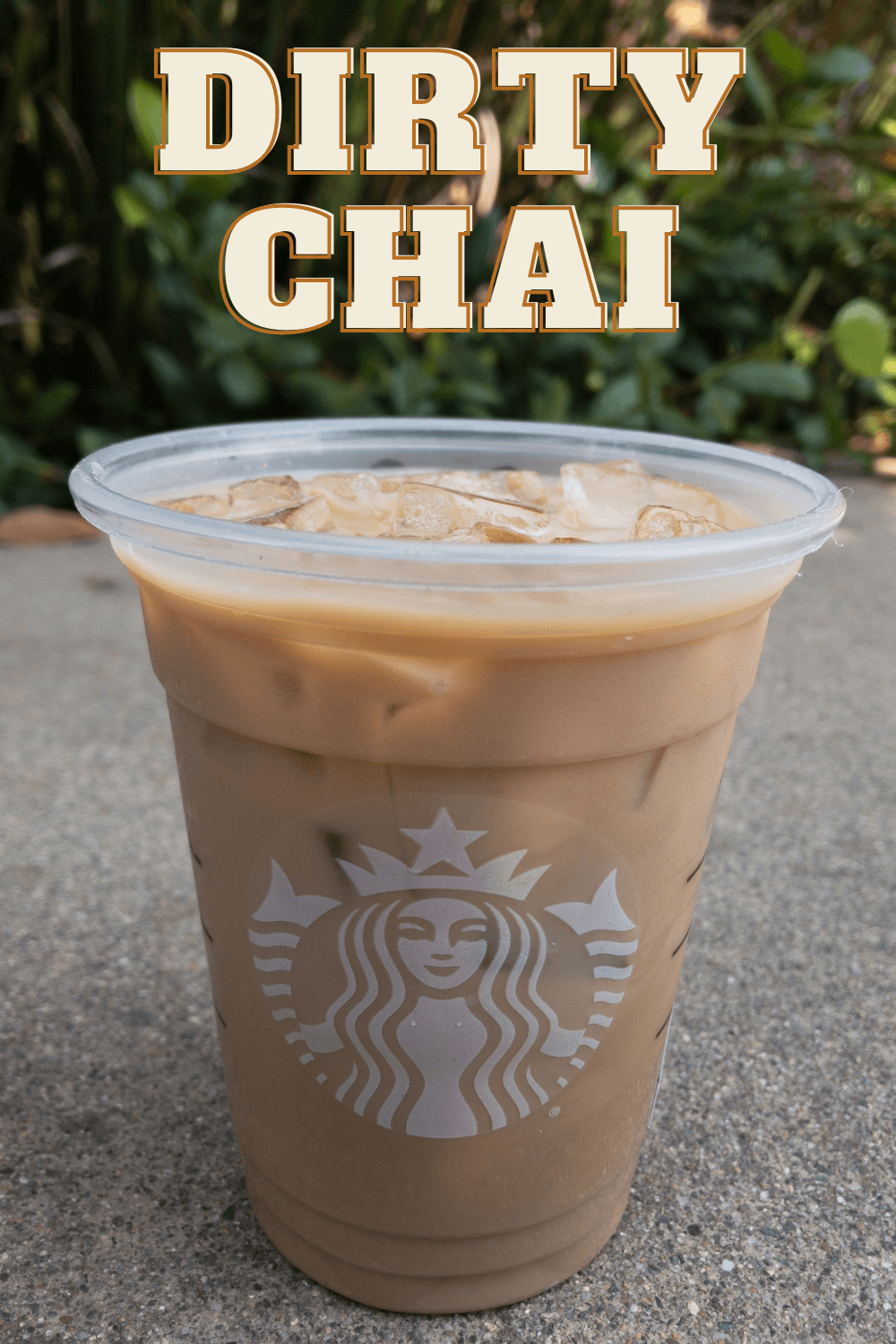 I’m a big fan of chai tea lattes. I especially love the way Starbucks makes it. In their version, the warming spices are tasty and strong, plus they are so good for the gut (and the soul), especially when paired with creamy oatmilk. Yum.

But, sometimes, you want the kick of a coffee and the warmth of a chai tea latte – so what’s a person to do?

Spoiler alert: dirty chai – in the house! Well, an iced dirty chai, to be exact.

So, in honor of this delicious little half-tea, half-coffee discovery, we are going to share all about the dirty chai – specifically the Starbucks Dirty Chai. (If you’re looking for a review of the Dutch Bros Dirty Chai – go here.)

What is a dirty chai?

If you’re wondering what a dirty chai is, we’ve got you covered. It’s got the body of a chai tea latte – which means a combination of delicious spices, like cardamom, cinnamon, cloves, ginger, and black pepper.

I find the Starbucks chai tea latte to be a really smooth, cinnamony flavor, while the Peet’s chai is a bit more of a kick in the pants and spicy. Dutch Bros reportedly uses the Oregon Chai brand of chai tea latte mix in their chai tea drinks. So, every version of it is going to be unique. 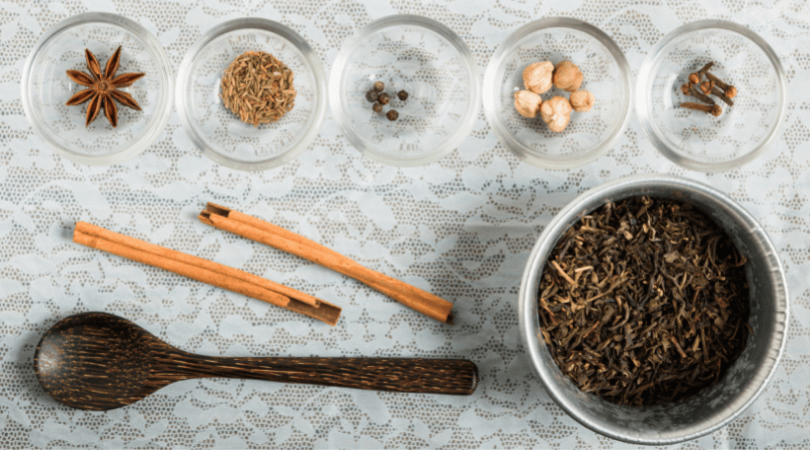 Then, whatever chai spices or mix you are using, are added to some form of milk (I opt for oat milk) and stirred. Add ice (or not).

Now, to make it dirty – you drizzle a shot of espresso right over the top. Yup, that’s what I’m talkin’ about.

How much caffeine is in a dirty chai?

A typical chai tea latte has around 4 oz of black tea, which contains 40mg of caffeine. The same amount of coffee has triple the amount – with approx. 120mg. of caffeine. A shot of espresso has 64mg of caffeine – making your typical dirty chai ring in at around 100mg of caffeine. It’s a nice little middle ground between tea and coffee, in our opinion.

Of course, you can control the caffeine content based on the size and number of espresso shots that you order. Starbucks specifically asked me how many shots of espresso I wanted in mine – and I opted for just one, because it was my second coffee of the day.

How is the Starbucks Dirty Chai? 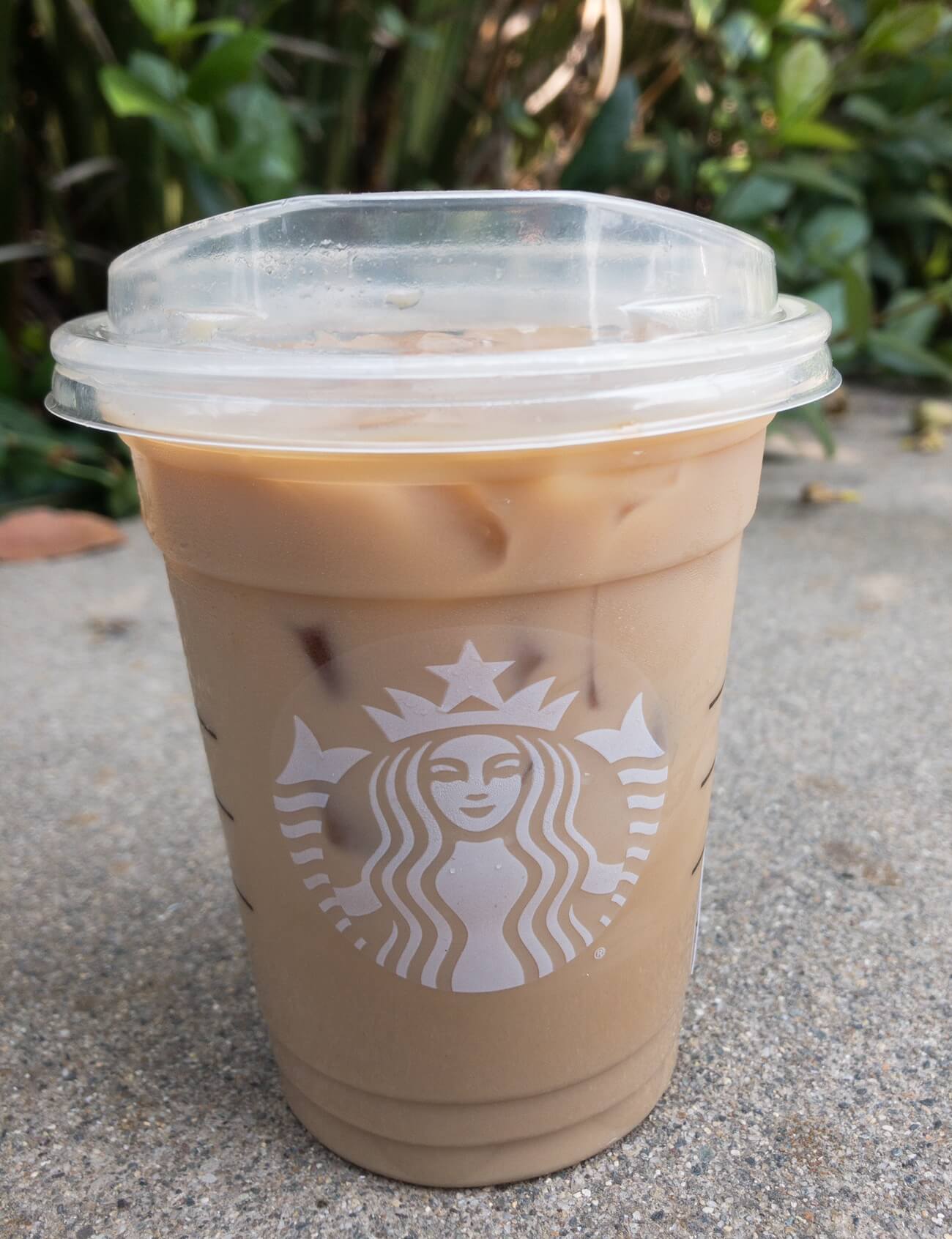 Truth, I like it more than the Dutch Bros version and I think it’s because I prefer the regular Starbucks chai better, too. The spices are just more in tune with what I like, which is softer, less spicy, and a little more cinnamon.

Plus, the chai from Starbucks (or their preparation of it) is thicker and creamier. When you add coffee to this, it doesn’t water it down very much and you end up with a consistency similar to an iced vanilla latte.

But, I digress, my point is – the more cinnamony a chai is, the happier I am. The Oregon Chai used in the Dutch Bros coffee is less cinnamon and more spice. It has a kick to it. But, if you love Oregon Chai and DB chai tea lattees, then I think you might prefer their version of the dirty chai.

I think if you are a chai person, you will be happiest with the dirty chai from the place that makes your favorite chai to begin with. It’s going to be the same chai base with espresso added on top.

Does that make sense?

What about Peet’s Dirty Chai?

There’s one more big player in this club. People be cray about their Peet’s chai. So, pretty soon here I’ll be getting a Peet’s Dirty Chai so that I can give you the best comparison between these three versions. In the meantime, check out my three-way test of oatmilk lattes.

Do you love the dirty chai? Tell me where you get your favorite version below!