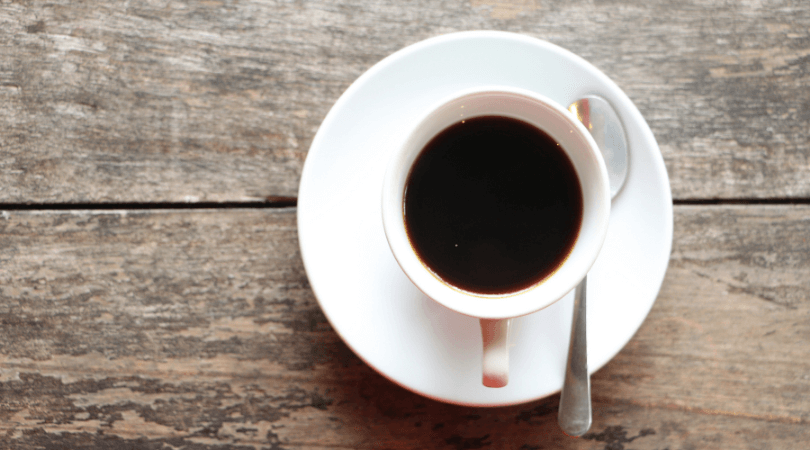 We’ve been serious coffee drinkers around here for a long time. We’re pretty open-minded when it comes to types of coffee drinks or even which coffeehouse is best. In fact, we’re equal opportunity coffee drinkers in most cases – except one: cat poop coffee.

Or, also known as – Kopi Luwak – the world’s most expensive coffee. Yup, you read that right – coffee pooped from a civet is also the most expensive cup of coffee you can drink, ranging in price from $35 to even $100 a cup!

So, if you’re as curious as we were to learn more about this rare and strange delicacy – read on. We’re about to make you an expert in cat poop coffee.

1. What Is Cat Poop Coffee (aka Kopi Luwak)? 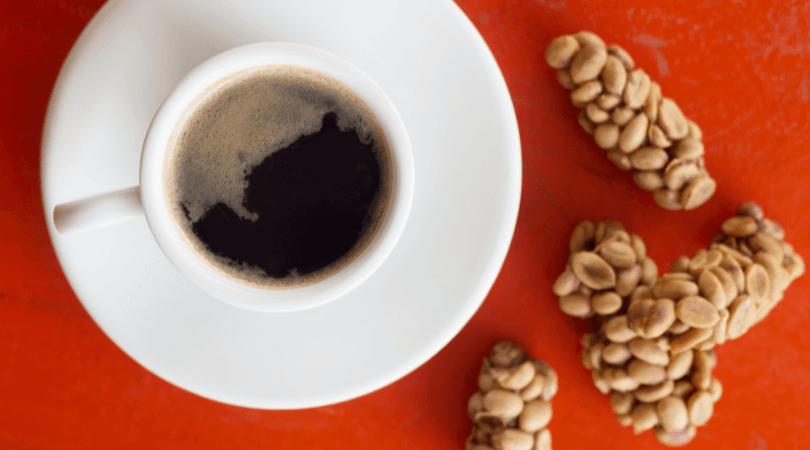 This is because cat poop coffee is made from beans that have been eaten and then digested by a civet (yup, pooped out). While the civet is often called a cat, due to some cat-like features, they are actually a native mammal to Southeast Asia. But, the nickname sounds better than Mammal Poop Coffee, so we’re sticking with it.

The coffee farmers believe this makes a better cup of coffee because the civet is supposedly very picky and only eats the best, most ripe coffee cherries. Then, the animals’ digestive enzymes “change the structure of proteins in the coffee beans, which removes some of the acidity to make a smoother cup of coffee,” according to National Geographic. And, when it gets digested, this removes the fruit pulp that would sometimes normally get left on the bean during processing.

So, if you were a Kopi Luwak coffee farmer, you would watch for the civets to eat the coffee cherries, or feed them, and then go looking for their poop after they’ve done their business.

2. How Is Cat Poop Coffee, Kopi Luwak, Made? 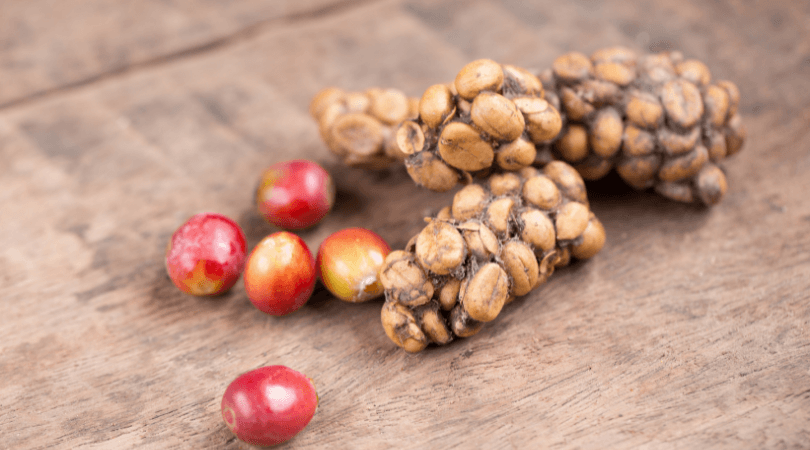 What happens inside the civet’s digestive track is somewhat similar to the fermentation process used by roasters to separate the coffee bean (seed) from the coffee cherry and prepare it to be ground and used for a drink.

So, in that sense, the civet does quite a bit of the work for the farmer. 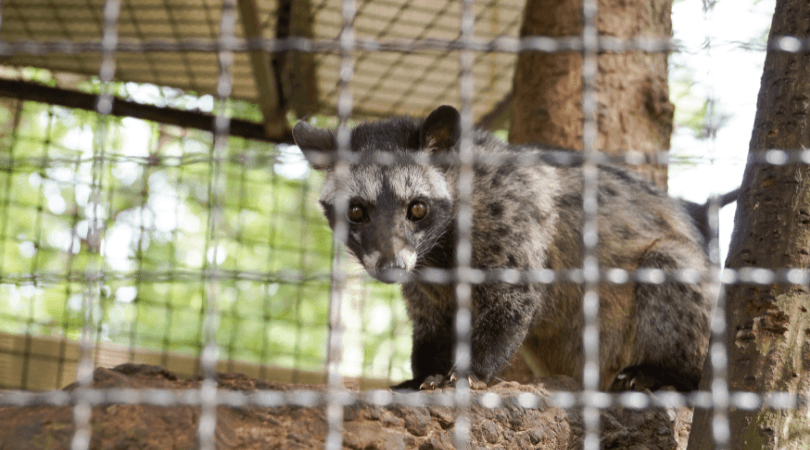 We know what you’re thinking – so how do the coffee farmers know when the civets have pooped out the beans? Well, that’s where it gets a little dicey. Due to the growing demand (and high price tag) on Kopi Luwak, civet farming has become a real thing. They keep the animals confined in dirty cages and force them to eat the cherries (by simply not offering other food).

Not only is this considered unethical treatment of the civet, but also, it’s particularly insufferable for the poor civet, since they are nocturnal. They are also known for their rather sensitive temperament, so civets do not do well in captivity and do not acclimate to living in close proximity to others (I can relate to that…) and they also don’t handle being force fed coffee cherries very well.

Many of them end up eating their own legs from the stress and eventually dying. In some cases, the conditions are so inhumane, they are force fed cherries until they die.

Also, since it is so unregulated, there are other ways for the beans to be unethical – such as using inferior fruit, such as a simple robusta coffee cherry, or in some cases even feeding the cats coffee cherries that are not even ripe yet.

And, of course, there are also the scammers, who sell normally brewed coffee and say it is Kopi Luwak. After all, unless you watched them collect and wash the beans from civet poop, how would you know? 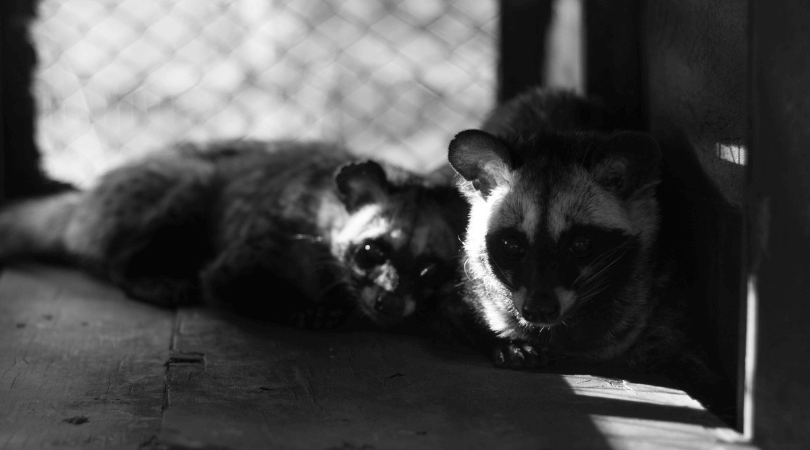 Well, similar to how some companies offer cage free eggs or hormone free, free rage chicken, there are Kopi Luwak farmers who have a more humane approach, but the coffee taste is not much improved, according to those who have tried it. And, you’ll pay even more for those cups of coffee, too.

Unofrtunately, though, when studies have been done, such as the one by Oxford University Wildlife Conservation, all plantations examined have failed the animal welfare requirements, which means almost all of Kopi Luwak coffee is most likely produced in these terrible conditions.

Now that’s a cup of cat poop, if you ask me. 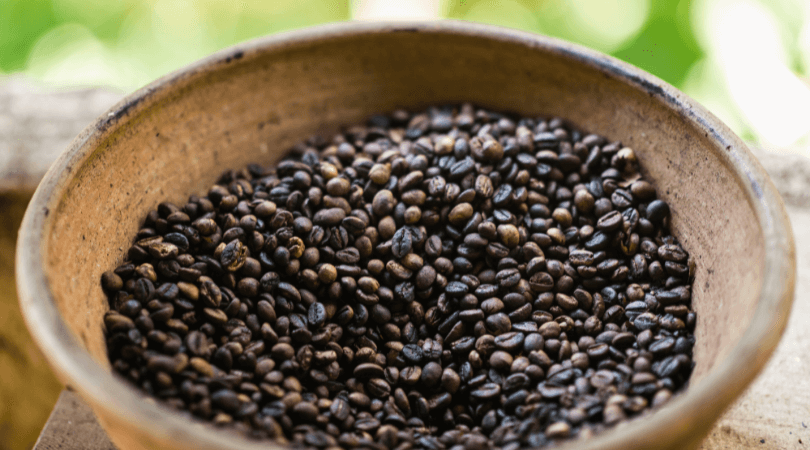 Let’s break this down to the question on everybody’s minds – what does cat poop coffee actually taste like?

There are many people who have gone to the countries where you can order an expensive cup of cat poop coffee and written about it. In this article, one such writer tried it and believes it is simply a tourist trap and that the high price tag is simple supply and demand. They note that the coffee does not seem to be more smooth or any less acidic than other coffee bean blends they’ve tried elsewhere.

In another taste test, Tim Carman, food writer at The Washington Post, describes it as, “Petrified dinosaur droppings steeped in bathtub water.”

Not a glowing endorsement.

If it is smoother and less acidic coffee you’re after, you don’t need to go broke to achieve that. There are cold brewing methods and other brewing devices that can really help lower the acidic quality in a coffee, making it smoother and easier to drink – without resorting to overpaying for cat poop beans.

Where Can You Buy Cat Poop Coffee? 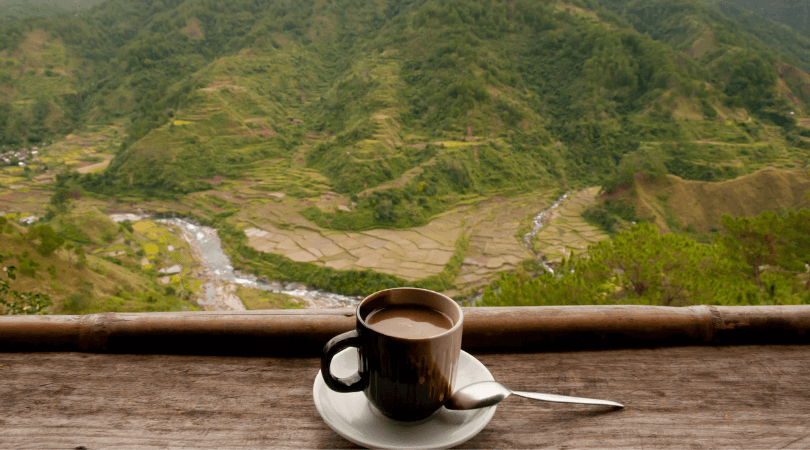 Curious enough to try it? Luckily, thanks to the internet, you don’t even have to leave your home to try out a cup yourself. Just check out this (supposedly sustainably sourced) blend from Indonesia, available right on Amazon (affiliate link used):

Would You Try Kopi Luwak?

I would love to know if you would or have tried Kopi Luwak. Give us all the details!

And, if you decide to try it out based on this post, make sure to tag us when you share all about it on social media. We can’t wait to hear about it.

If you plan to stick to less controversial cups of joy, maybe try one of these oatmilk lattes, one of our favorite iced coffees from dutch bros or our homemade iced vanilla latte.

And, bonus points, none of them will cost you an arm and a leg (and your conscience).