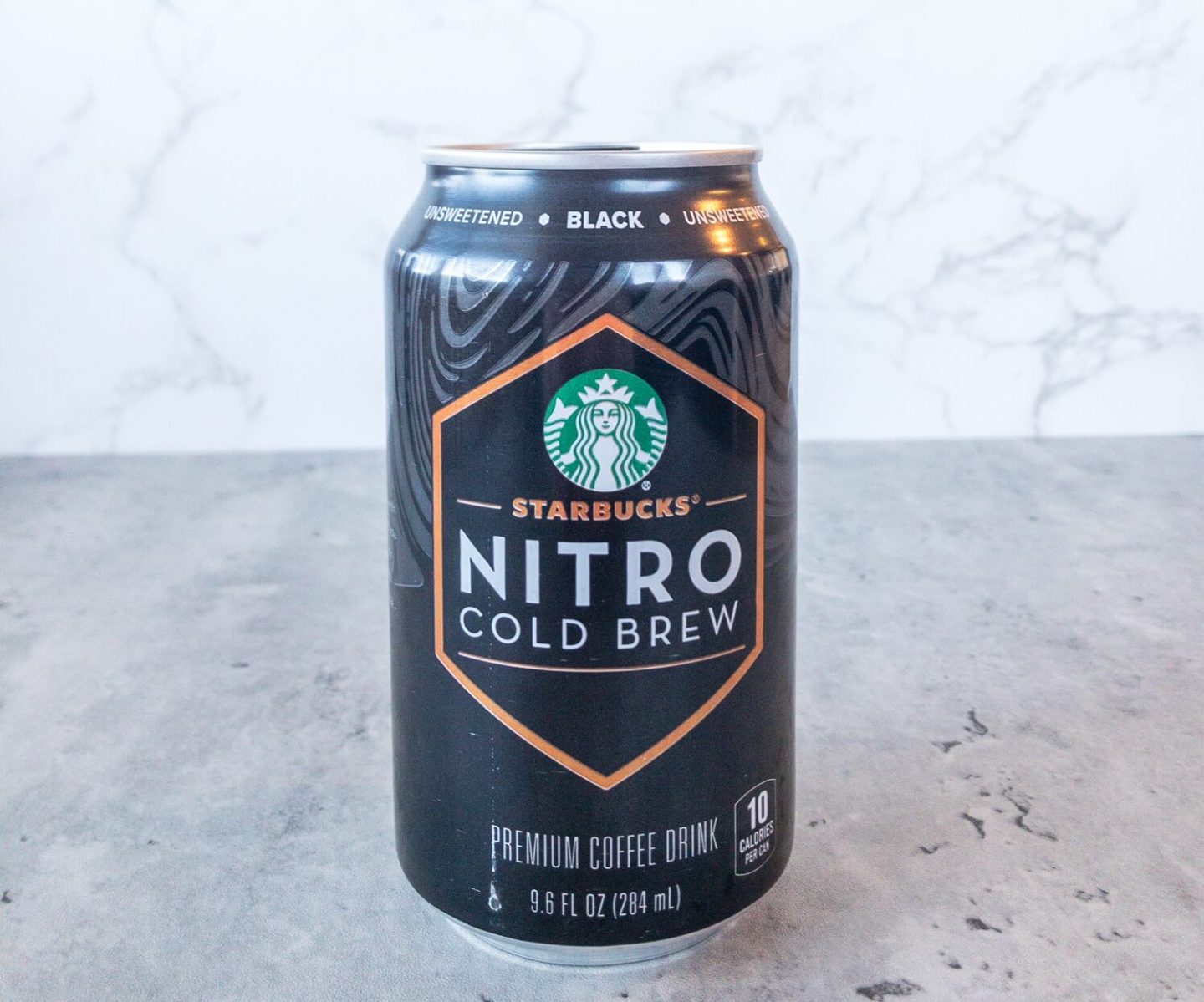 Usually, when we want coffee, we want it cold, frothy and yesterday. That’s why we recently shared the tea on Starbucks Cold Brew, one of our favorite options for quick home iced coffees, and how you can buy Dutch Bros Nitro Cold Brew in a can to drink at home, too.

But, good news, you can have Starbucks Nitro Cold Brew at home now, too, in four different flavors that are as simple to drink as popping the top and pouring.

So today we are dedicating an entire post to everything you ever wanted to know about Starbucks Nitro Cold Brew. Let’s go!

What is Starbucks Nitro Cold Brew? 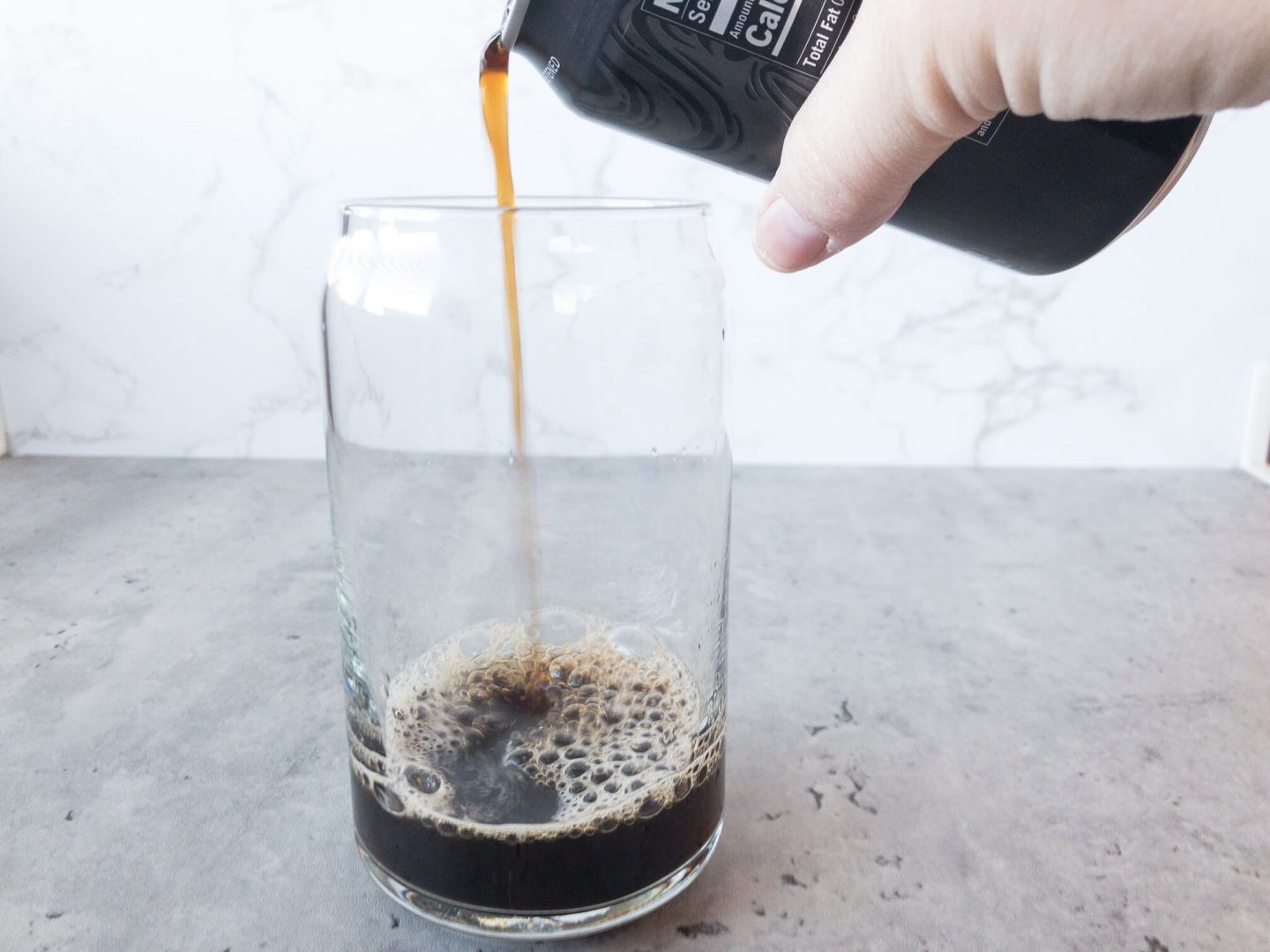 Starbucks Nitro Cold Brew is created by infusing their signature Cold Brew (which is slow-steeped for 20 hours)  with nitrogen as it pours from the tap. If you’ve ever seen a Nitro Cold Brew tap, it looks similar to how beer is served in restaurants. The infusion of nitrogen creates microbubbles, which is what gives nitro coffee a cascading, frothy texture. 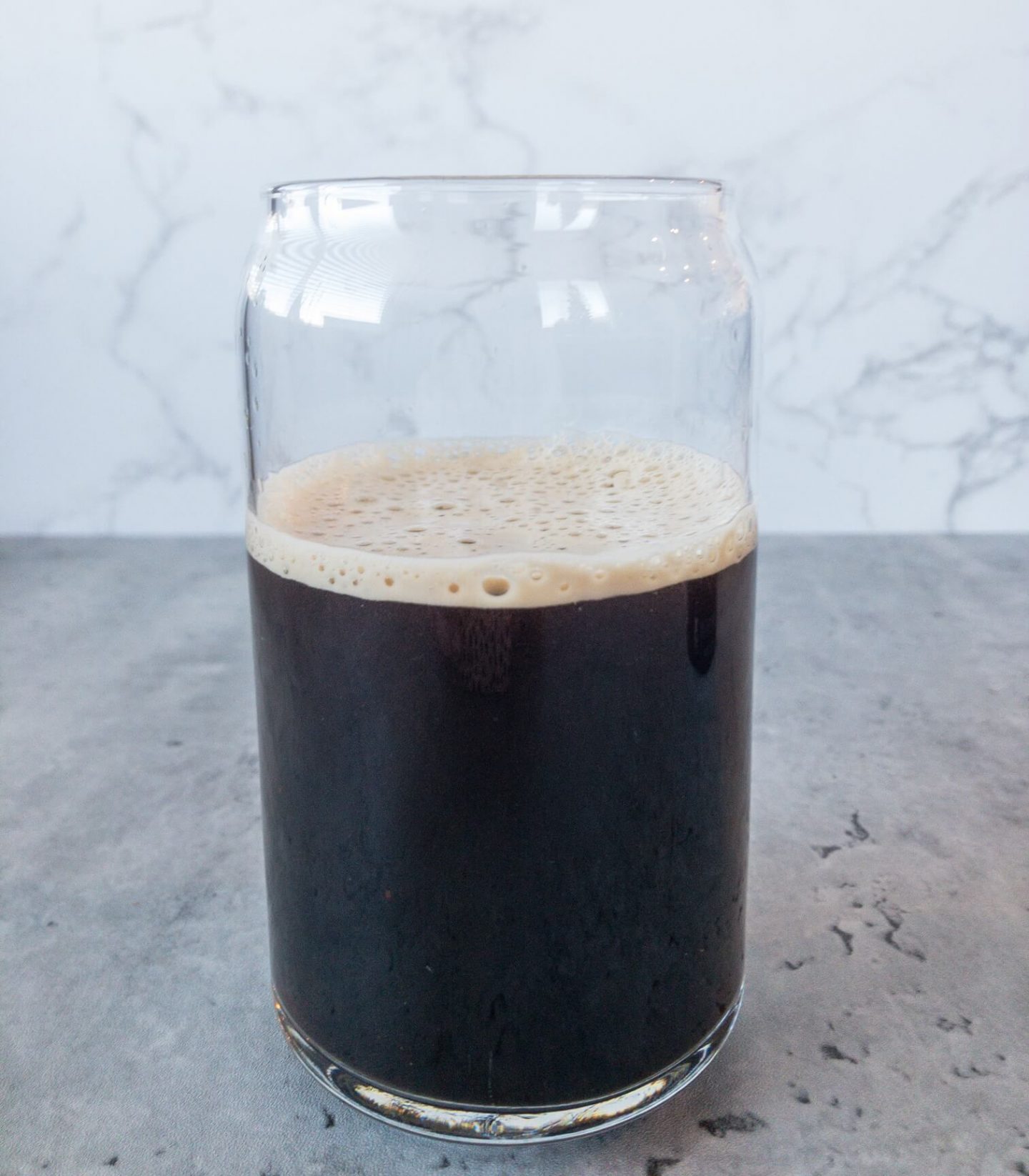 The result? Velvety-smooth coffee with a subtly sweet flavor and rich, creamy foam. To enjoy your Nitro Cold Brew, drink it without a straw, so you can get some of that sweet, sweet foam in every sip. 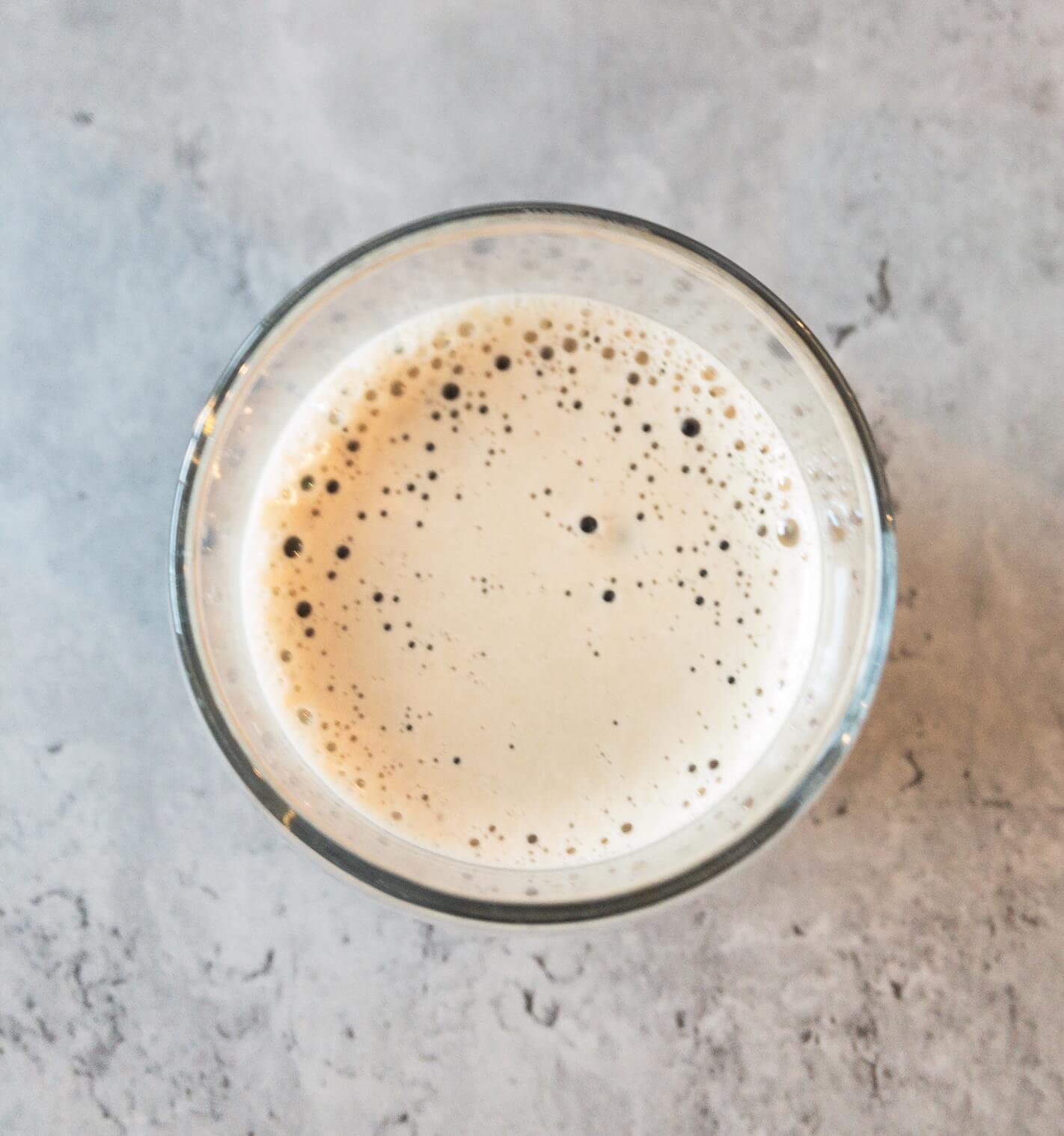 Admittedly, there seems to be more and more options for how to drink your coffee. Let’s cover the basics of what makes each of these distinct, so you can find the perfect coffee for you.

Starbucks Iced Coffee is simply brewed coffee that has been chilled and poured over ice. It has the same caffeine and calorie content as coffee, which is about 60 calories for 12 ounces.

To read a detailed post on the difference between iced coffee and cold brew coffee, go here.

Starbucks Nitro Cold Brew has a super smooth, mild flavor. I do not typically drink coffee black, but this one I could drink black. Or, I could easily drink one of the flavored versions without anything added. This makes for a very low calorie, low carb, low sugar drink, too. If you’re trying to go keto – nitro cold brew is your jam.

Currently, 4 drinks come with Nitro Cold Brew and they are all delicious! Here’s an overview of your options:

We’ll take a look at each one!

In this delicious beverage, nitro cold brew is lightly sweetened with honey and then topped off with almondmilk.

This small-lot Starbucks Reserve® cold brew is infused with nitrogen for a naturally sweet flavor and cascading, velvety crema you can see and taste (see here).

Small batch cold brew, steeped for 20 hours, and then kept in an airtight keg. When served, it is infused with nitrogen which creates microbubbles and gives it a delectable foam.

How many calories are in Starbucks Nitro Cold Brew? 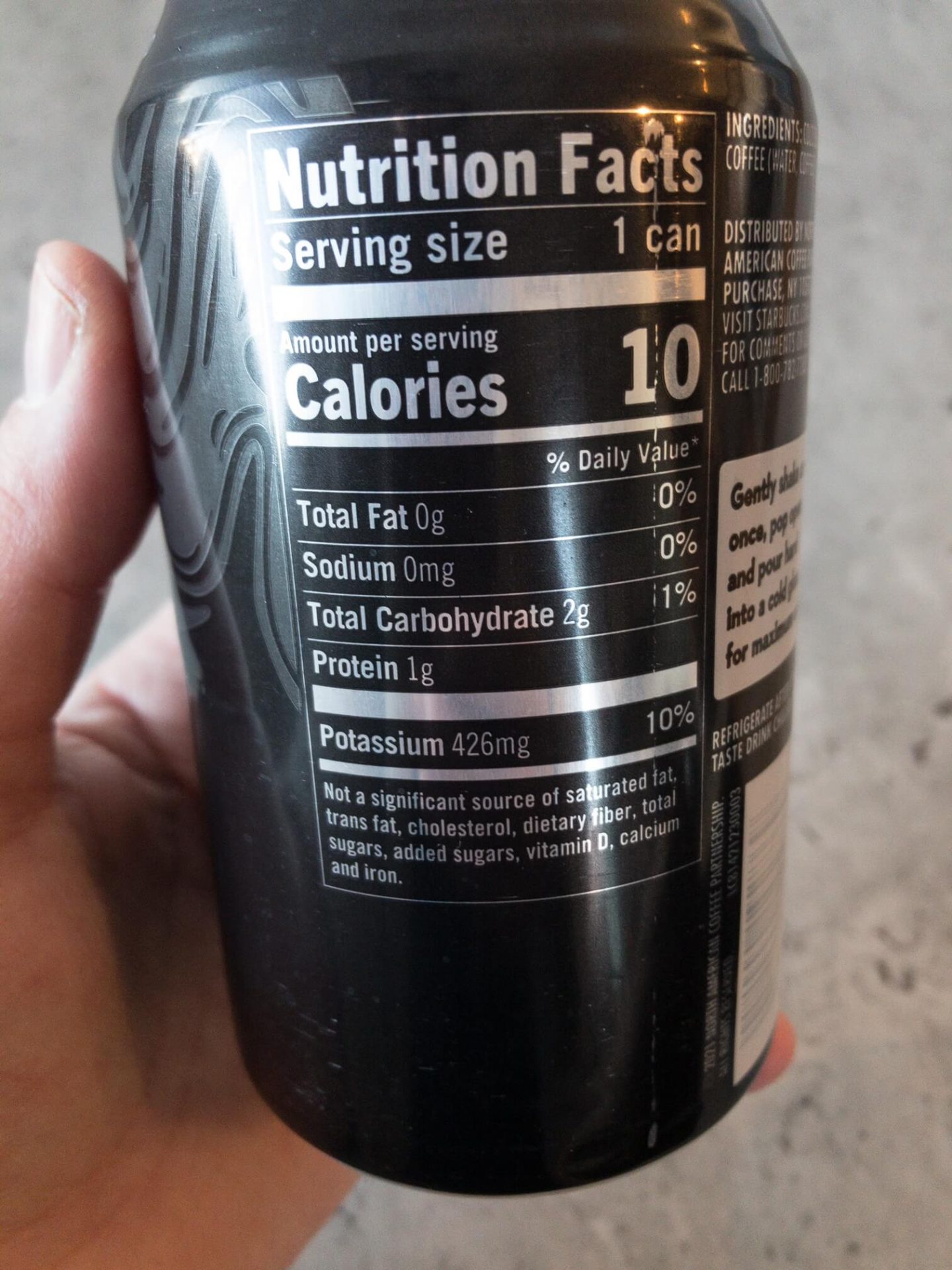 Starbucks Nitro Cold Brew is one of the healthiest and lowest calorie drink options you could choose!

With just 5 calories for 16 ounces, no carbs and no sugar, you could drink a loooot of Nitro Cold Brew before blowing your keto diet. One whole can of nitro cold brew is just 10 calories.

How much caffeine is in Starbucks Nitro Cold Brew?

Low calorie, but not low caffeine – you’ll definitely hit your caffeine limit for the day before your calorie limit. Starbucks Nitro Cold Brew boasts 280mg of caffeine per 16 ounces. Sip up!

What flavor of Starbucks Nitro Cold Brew is the best?

This is really a personal choice, so try them all and find your own. But, my opinion is the vanilla sweet cream, which is smooth, creamy, with a hint of vanilla. Of course, I’m a big fan of sweet and creamy coffee drinks, like our own iced vanilla latte and sweet cinnamon iced coffee recipes!

I used the vanilla sweet cream nitro cold brew to make this delicious coffee float that is SO FREAKIN’ GOOD.

To read all about it and get the super easy recipe, head to this post.

We hope this has convinced you to try a Starbucks Nitro Cold Brew beverage or to pick up a can at a store near you. Let us know what you think!