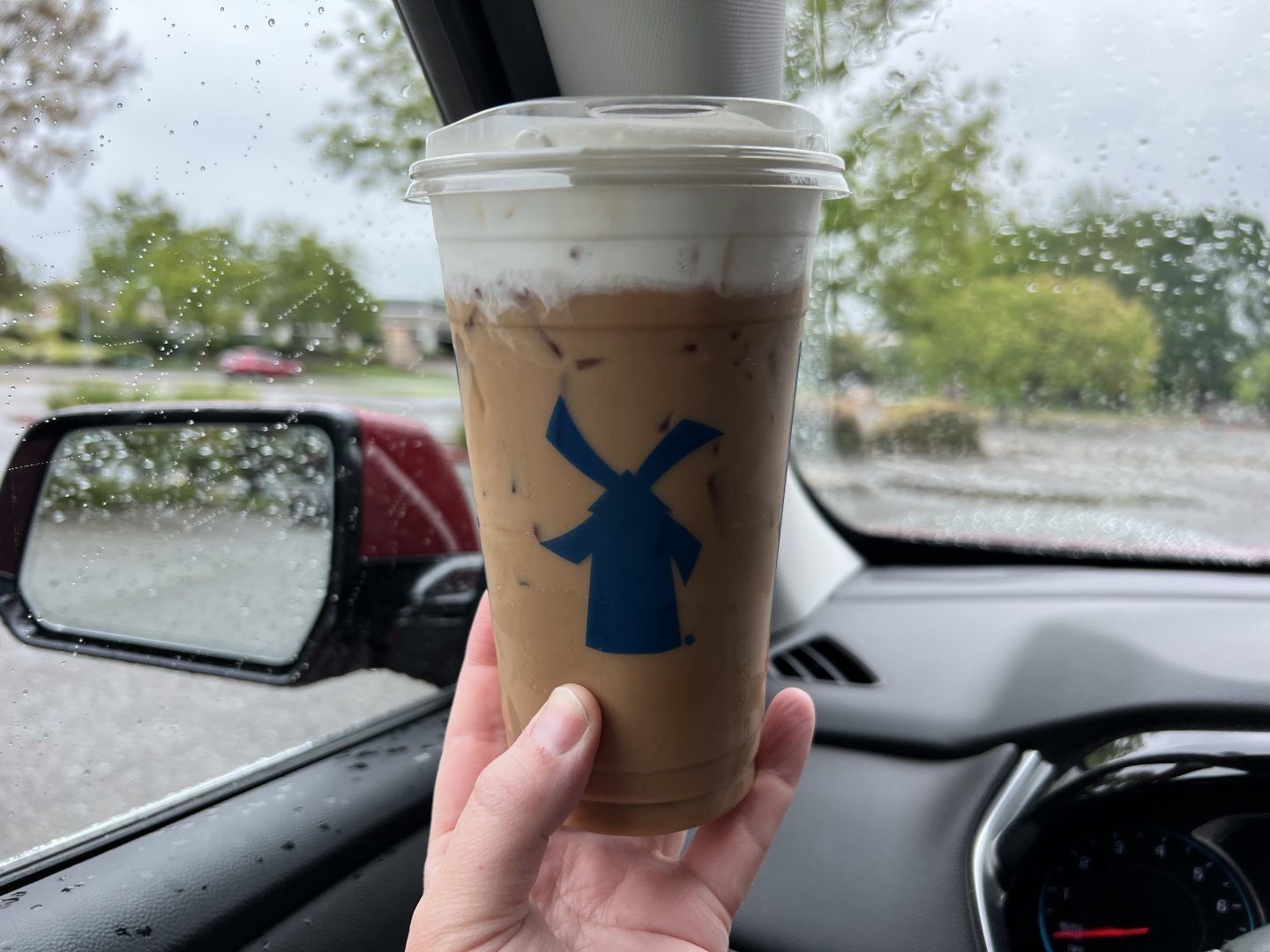 I recently got an email from Dutch Bros showcasing their Caramelizer Cold Brew. So, naturally, I jumped in my car on a cold, rainy day and drove to Dutch Bros to get one. I mean, that’s a normal response, right?

While I’ve had their Caramelizer before, I’d never had it with their cold brew (or maybe I did and just didn’t know it?) – either way, as a big fan of Twix and the chocolate/caramel pairing, it sounded like the perfect treat for an overcast day.

It was such a refreshing drink that I decided to share all the details with you today, so if you’re looking for a new drink to try at Dutch Bros – the Caramelizer Cold Brew might be for you. 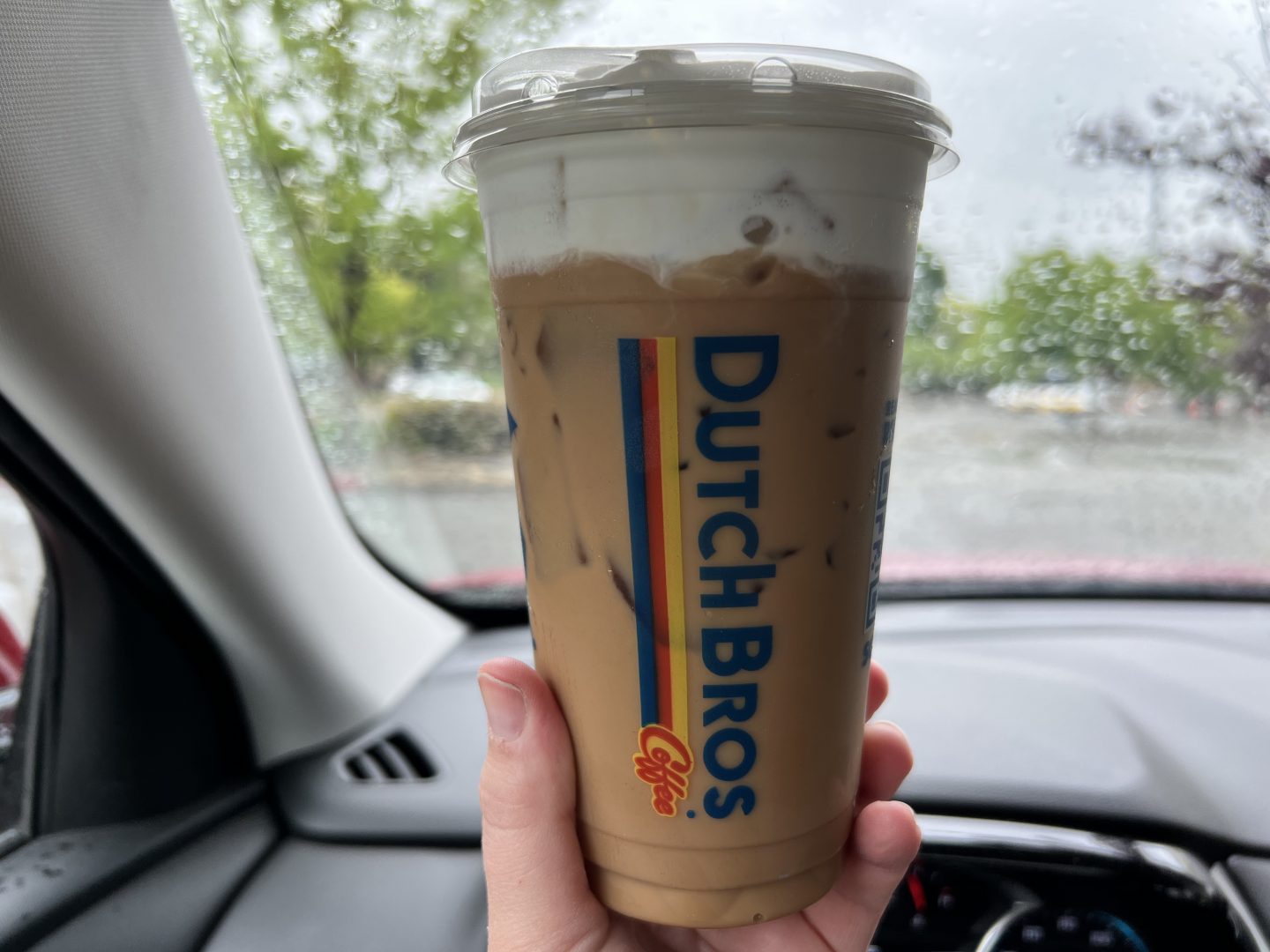 The base is the Dutch Bros cold brew, which is so good. If you’re getting the regular Caramelizer, they’re going to be using espresso as the base.

This is mixed with their exclusive chocolate milk, caramel sauce and your choice of topping. I got a soft top, because DB soft top is unlike any other, but you can also get a syrup drizzle and/or whipped cream.

You can get the Caramelizer hot, iced, or blended and if you’re getting it with cold brew, it’ll be iced or blended.

It has a really nice, smooth taste that is not as chocolatey as a mocha and is not as caramelly as a Golden Eagle. It’s a more subtle, well-balanced mocha, in my opinion. It’s not overpoweringly sweet, either, which might be a good balance for people who feel like a lot of coffee drinks are too sweet nowadays.

Let’s quickly discuss the nitro cold brew that Dutch Bros uses as the base of this drink. If you haven’t experienced Dutch Bros cold brew – you are MISSING OUT!

Not only can you have cold brew based drinks, but you can even purchase pre-made cans of the cold brew and take them home to enjoy on their own or with your own creamer. Seriously. We didn’t even know this was possible until one day when they gave us an extra can for free as part of a cold brew promotion. It was one of the best days of our lives.

Since then, we’ve been huge fans of the cold brew based drinks at Dutch Bros, such as the Campout Cold Brew.

WHAT COLD BREW DOES DUTCH BROS USE?

That is the question. Especially if you’re hoping to buy some for yourself online whenever you can’t make it to your local Dutch.

But, this cold brew is a DB exclusive made from the company’s private reserve, three-bean blend and water. It is nitrogen infused, and contains no added sweeteners. The Dutch Bros cold brew is also of the highest quality, using beans from Brazil, Colombia and El Salvador. Beans are roasted individually in Grants Pass, Oregon, and then blended together to ensure freshness and quality. The nitrogen infusion makes their cold brew creamier and richer than other cold brew products. This velvety texture is why their cold brew is also going to be lower in acidity (great if you have any acid reflux issues – I know I do!).

HOW MUCH CAFFEINE IS IN THE DUTCH BROS COLD BREW?

Yeah, we know what you like! Give us all the caffeine! Luckily, Dutch Bros cold brew has more caffeine than a quad shot of espresso, thanks to the cold brew process which steeps coffee in cold water for a long period of time.

Cold brew is also sugar-free, since it has coffee and water only. If you drank a can of cold brew straight – it would be one of the lowest calorie coffee drinks you could find. 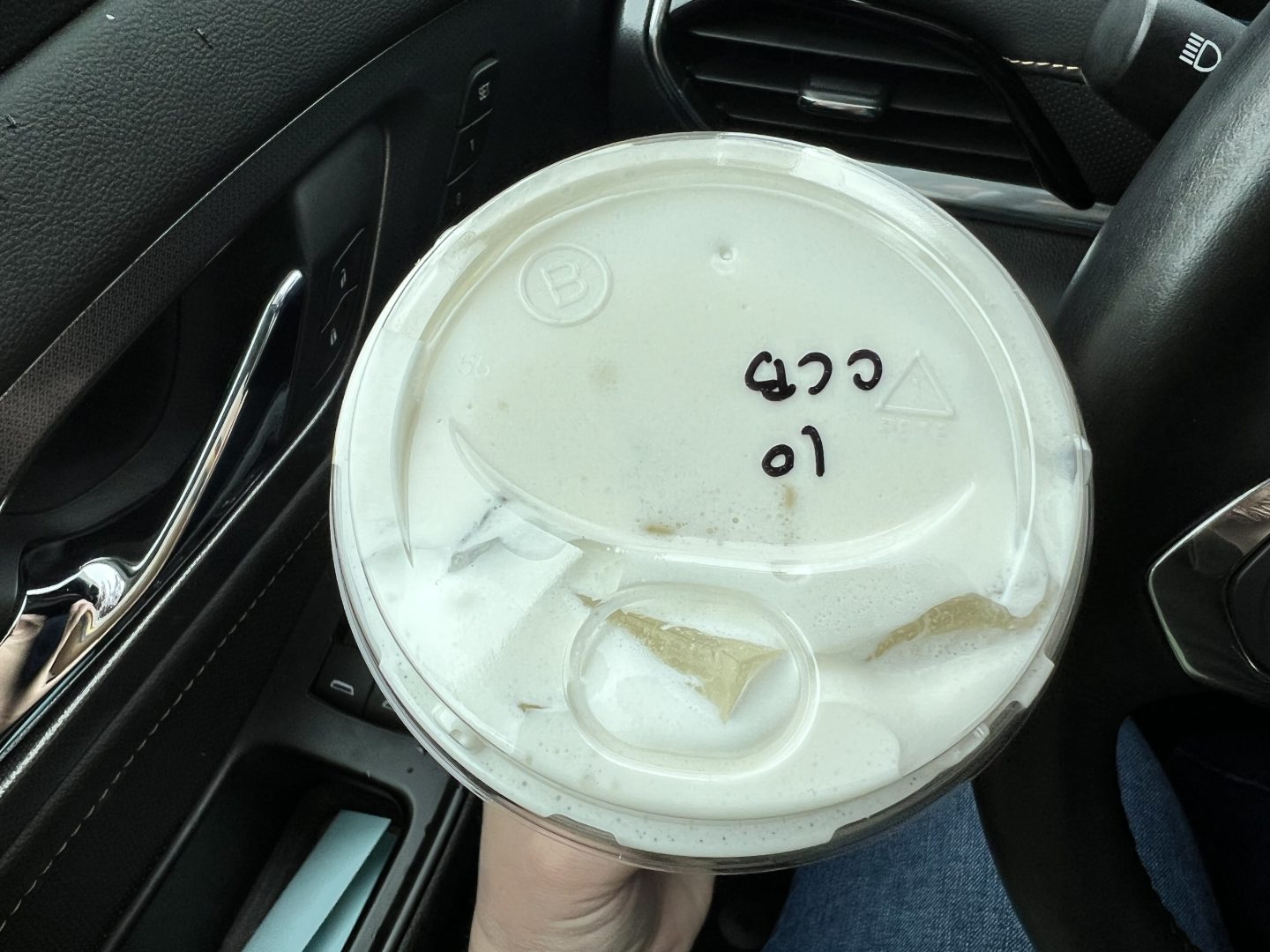 Counting your calories or carbs? Transparency is key. If I’ve learned anything on my own health journey, it’s that I am often very, very wrong when I guess what’s actually in something (especially my fluffy coffee drinks).

So, let’s get real real and talk about what you’re drinking in the Caramelizer, size medium:

Here are the stats for that soft top (2 tablespoons):

So, that medium is going to set you back a grand total of 360 calories and 46G of carbs. Looking for something healthier? Check out the post with 12 Starbucks drinks under 200 calories.

You’ve got options, friends. Here are just a few of the ways you can customize your Caramelizer at Dutch Bros:

Dutch Bros is really exceptional in their willingness to make that coffee just how you like it, so don’t be shy. But, also know that customizations can come at a price. Oatmilk is extra and so is the soft top, etc., so don’t be surprised if those changes add up to an $8.00 coffee drink. Ouch!

Looking for even more DB drinks to try? Here are some of our other recommendations:

***
Hope you found something new to try!