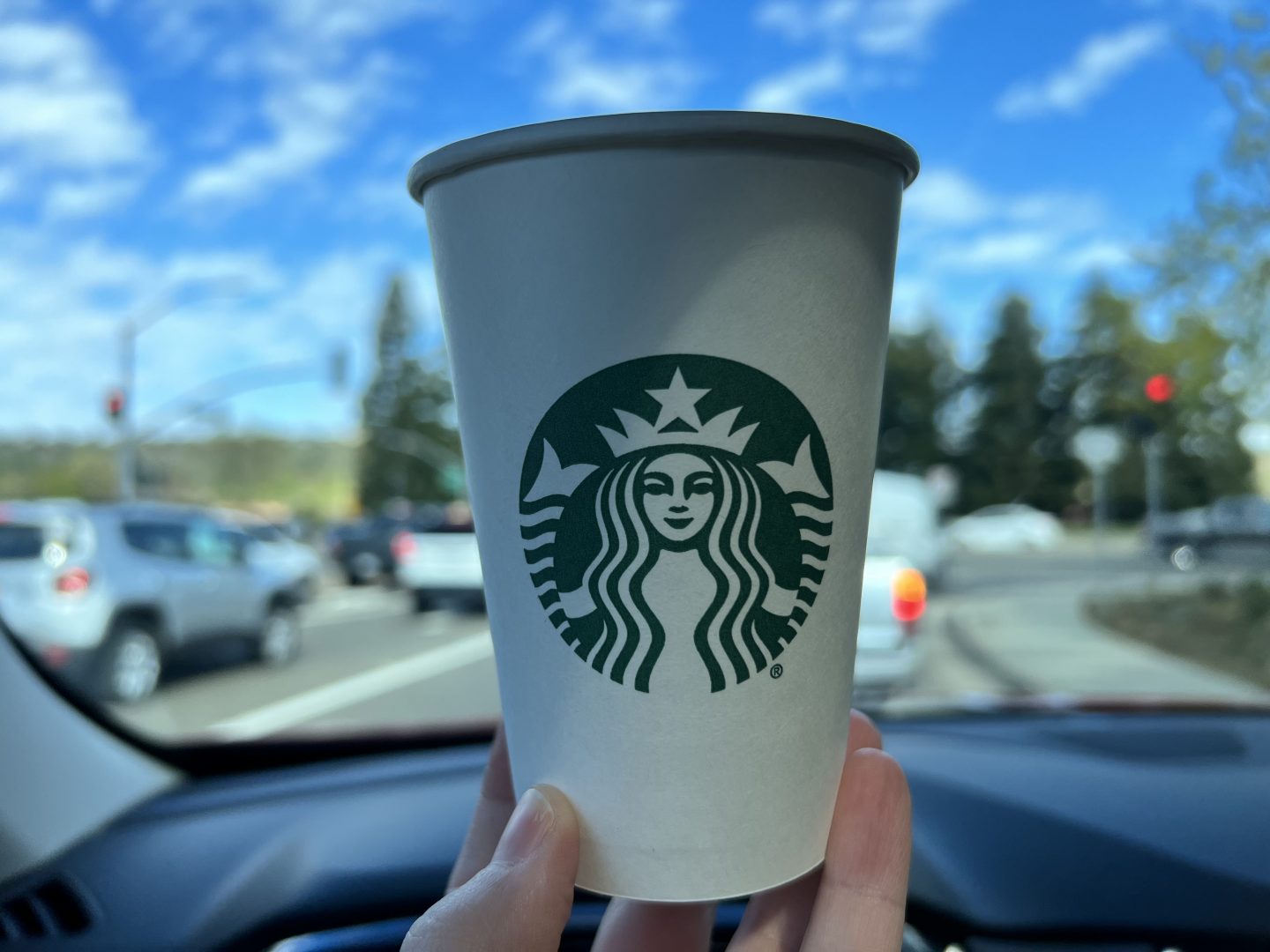 Dogs deserve a sweet treat, too, which is why I love getting my furbabies a Pup Cup, or Puppuccino, when we visit Starbucks.

If you haven’t taken advantage of this free Starbucks secret menu item, keep reading. I’m going to tell you all about the Pup Cup (aka Puppuccino), so you can grab one for your furry bestie.

What is the Pup Cup?

The Pup Cup is Starbuck’s version of the Puppuccino, their one and only treat for furry friends. It is simply an espresso sized cup filled with whip cream and, sometimes, topped with little dog cookies.

You could probably ask for a Puppuccino at any coffee shop, but they may not all be free. Some may charge a small amount for the side of whip cream and other shops may not know what it is. 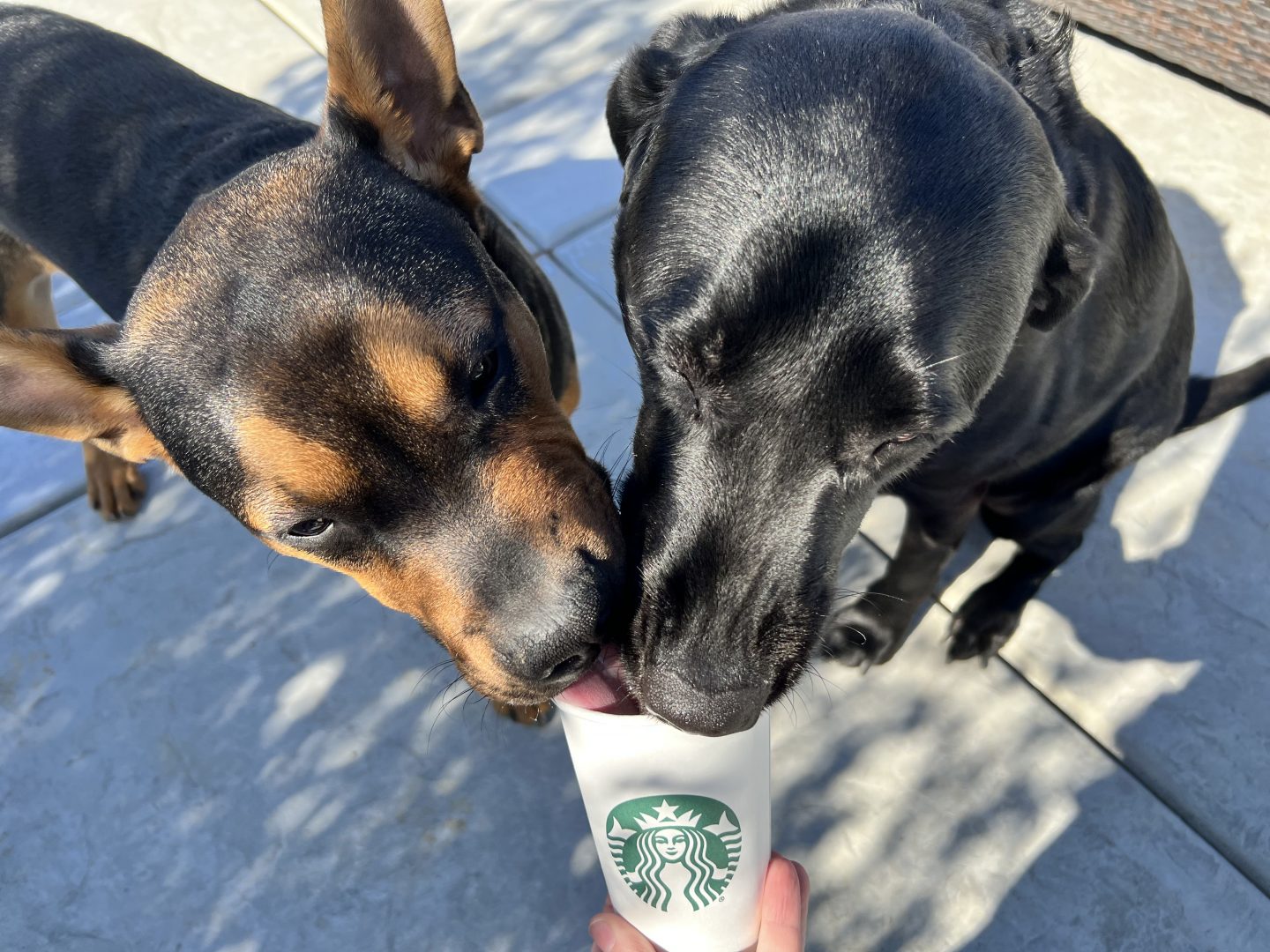 I have found that most coffee shops will give you a Pup Cup, aka Puppuccino. If they’re not familiar with the Pup Cup, just let them know you’d like whip cream in their smallest sized cup and that’s it.

For the coffee shops that definitely serve the Puppuccino, here’s a list:

Now, they won’t always be free. Some shops have charged me less than a dollar for my Pup Cup, which is a price I’m willing to pay for my four-legged friends.

HOW TO ORDER A PUP CUP: 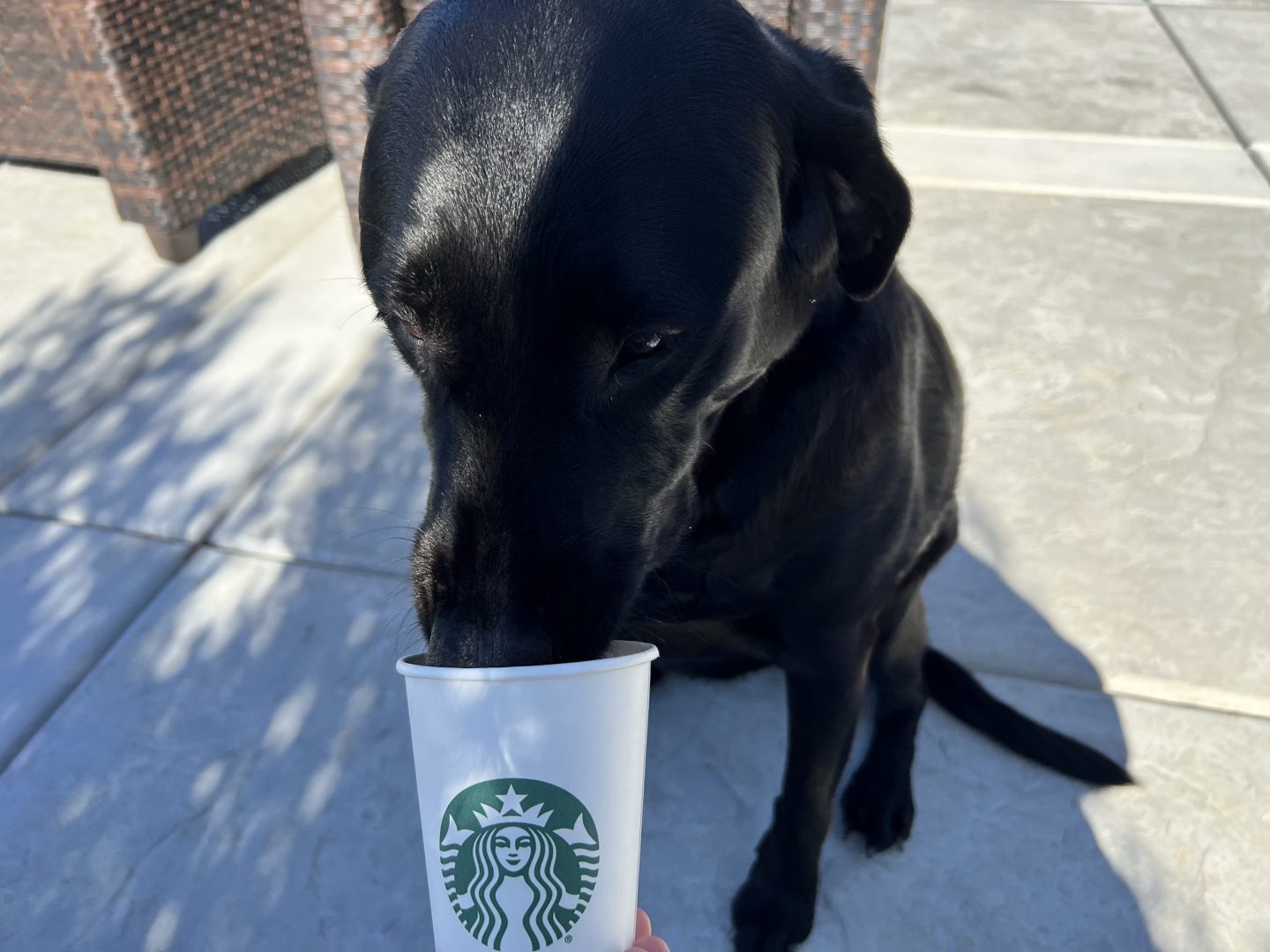 Ordering a Pup CUpo is so simple, you would just say, “I’d like a Pup Cup for my pet, please.” If the barista looks confused, explain that it’s just whip cream in their smallest sized cup.

Most of the time at Starbucks the Pup Cup is free, but there are some that may charge a small amount for the extra whip. Either way, the look on your happy pup’s face will be worth it.

According to baristas, the whip we all know and love is just heavy whipping cream and a touch of their vanilla syrup, which has sweetness to it.

Are Pup Cups Safe for Pets? 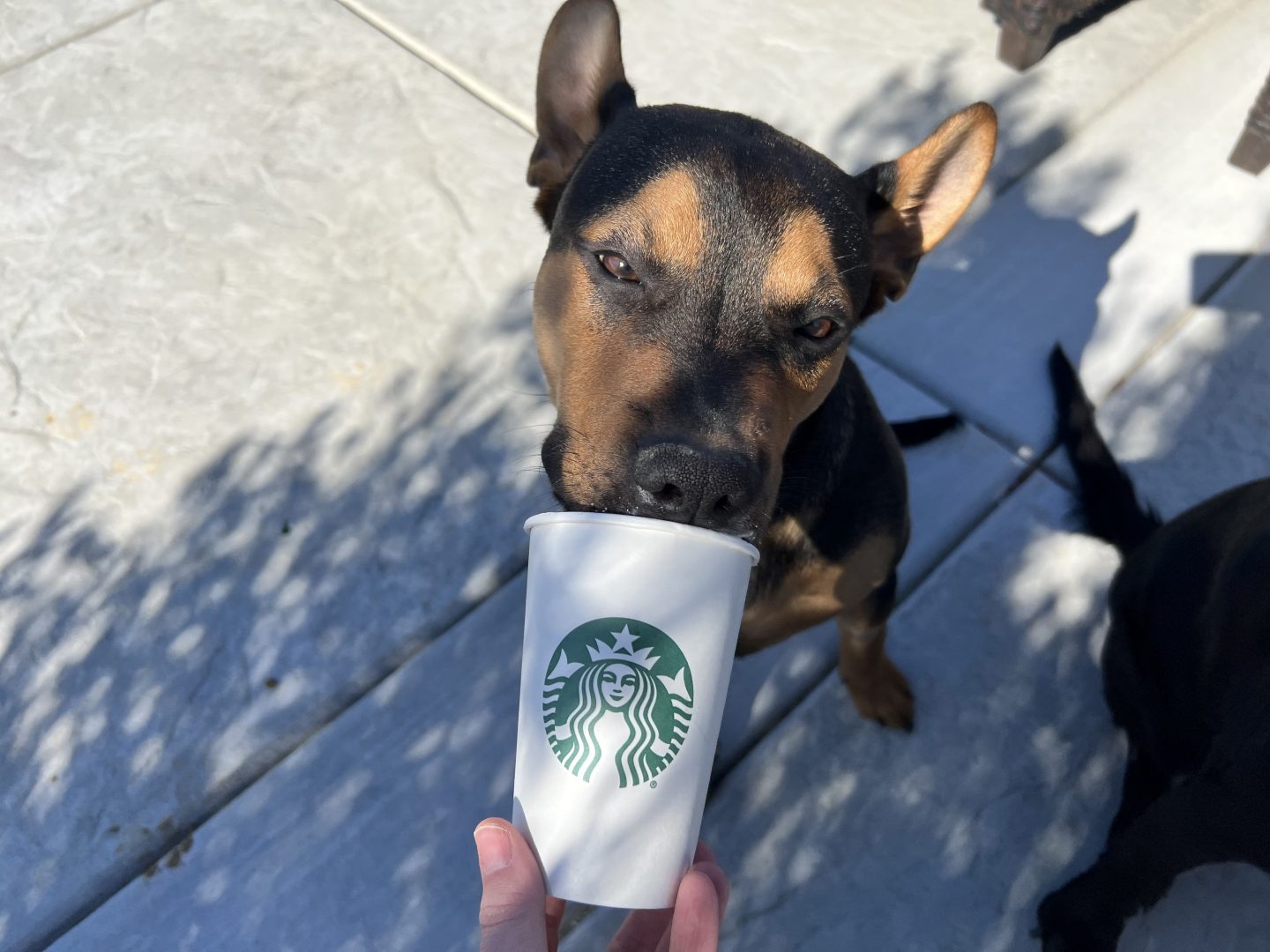 Since the Pup Cup is just two ingredients – whipped cream and a little vanilla simple syrup – it is generally safe for pets in small quantities. A small, espresso sized cup shouldn’t upset their stomach, unless you know that they are sensitive to dairy.

If your dog is prone to allergies or is on a special diet, you may want to refrain from the Pup Cup for now and try giving them just a small amount of whipped cream to test. If they tolerate that well, then they are probably good to go. Not sure? Ask your vet!

Love finding new Starbucks drinks to try? Here are some more secret menu items, but for humans only!

Looking for more Starbucks drinks to try? We’ve got you! Check out these posts:

Why not learn to make your favorite drinks at home? These are our own kitchen-tested and approved Starbucks copycat recipes:

Did this answer your questions on the Pup Cup? Would you get one of these for your pets? Let us know!