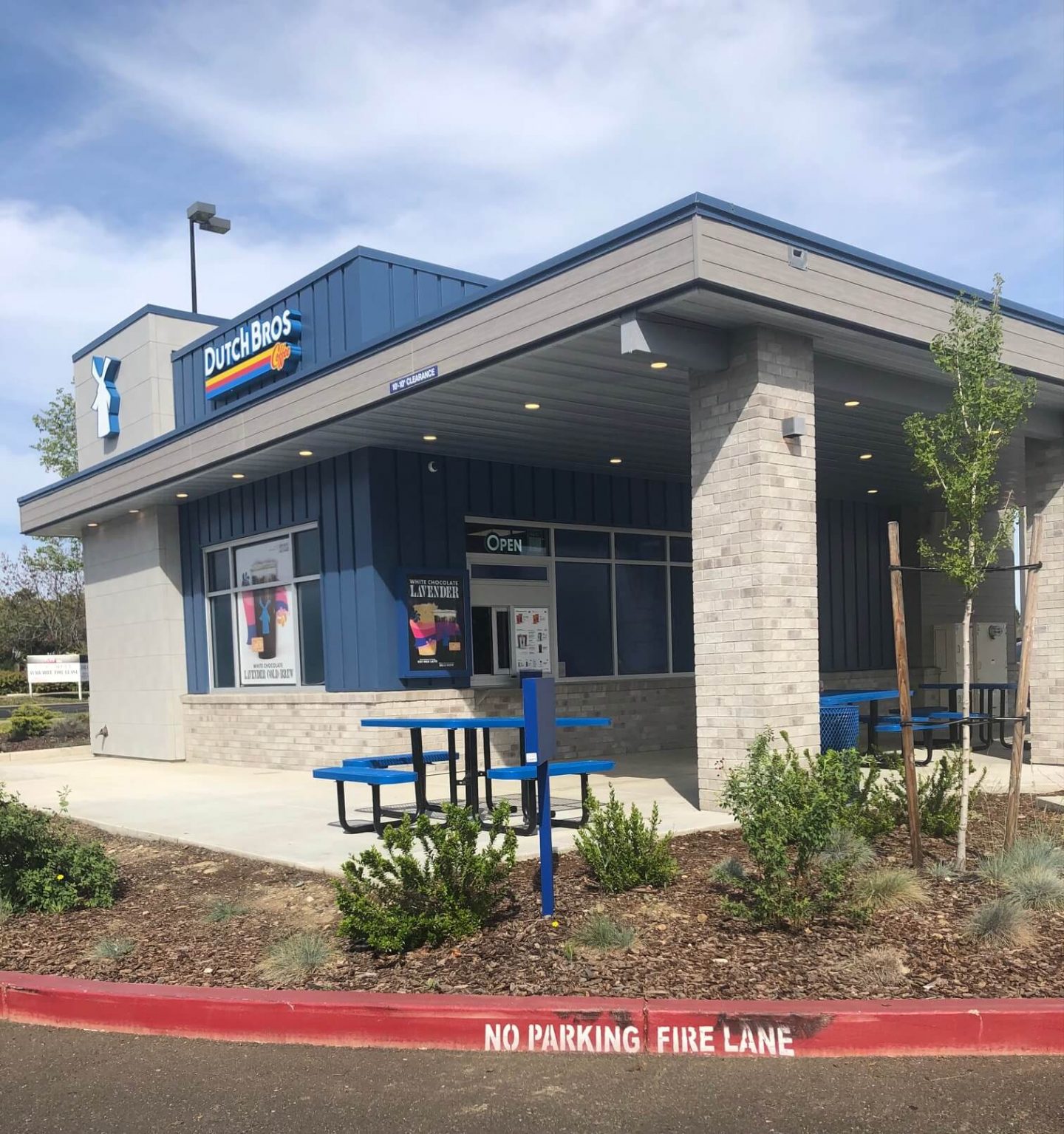 If you’ve driven by a Dutch Bros with a line of cars that weaves all around the parking lot and into the street and asked yourself, “What makes that place so special?” – you’re in good company! I haven’t always been a loyal DB customer. In fact, I used to drive right by them in favor of Starbucks, Peet’s or any other local coffeehouse.

Don’t get me wrong, I could 100% acknowledge that their customer service, positive vibe and drive through locations made them a great choice…. for other people. People who liked their coffee #ohsnap!

But, I’m not a quitter. I would occasionally drive through a Dutch Bros, mostly because my kids are obsessed with their frosts and free lollipops, each time trying a different drink. Until -it happened. I found my Dutch Bros drink #GoldenEagle. In fact, I broke down all five of my favorite iced coffees at Dutch Bros – just to make it easier for you if you’re on the DB struggle bus still.

And, if you want to know more about why Dutch Bros is so great – keep reading. I’m going to break it all down for you.

I don’t know what they’re doing when they’re hiring people, but they find an entire crew of the most energetic, positive, helpful, coffee obsessed people on the planet – and they’re all younger! Every time I drive through, I think to myself, gosh I hope my kids grow up to be like that some day.

In fact, almost every one of them asks me how I’m doing – actually waits for a response – responds to it – and makes conversation WITH EYE CONTACT. You just feel humanized, rather than another person in the drive through. Especially during quarantine, when the only human contact I really had was in drive throughs and curbside pickup- the team at my local Dutch Bros was huge. They didn’t just make my day – they made my week. Here’s a great picture posted on Instagram of Dutch Bros people grieving with one of their customers. #BEAUTIFUL

DB has a VIBE and I am HERE FOR IT. They blast great, upbeat music, the people are peppy, and it’s like a big drive through party! I really have no idea how they have the stamina to keep that going – but it is ALWAYS like that!

I’m going to guess it has something to do with their own line of energy drinks and, of course, tons of coffee. I also appreciate that the company seems to take care of their own. When it gets hot out, they have these misters along the area where they stand to walk to cars – which brings me to my next point – they really train their people to work the line!

That line may raise your eyebrows at first, but I promise you, that line MOVES. They go out to the cars so that by the time you are at the window, your drinks are usually ready to go! Genius!

3. Dutch Bros Has a Great App: 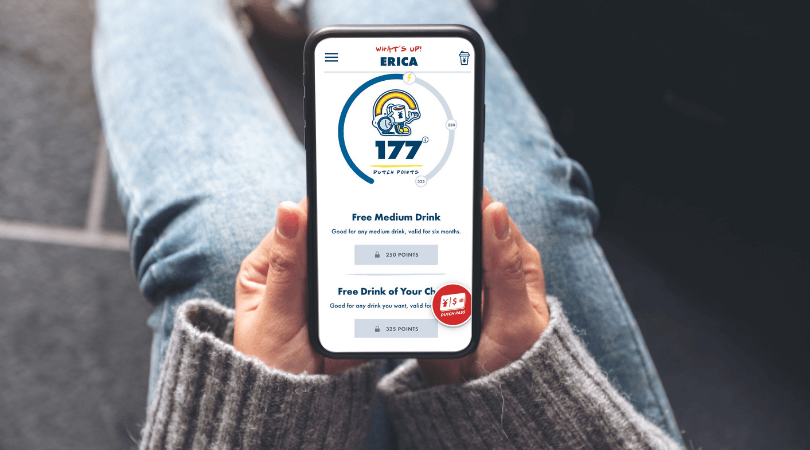 Sure, all the coffee shops have these now, but I think the Dutch Bros app is really user-friendly and it makes it super easy to see how close you are to that free coffee.

To see my whole breakdown of the app, make sure to read this post. Then, download it and get to your nearest DB!

They love kids so much, they have drinks just for them, in reusable cups, including whip cream and rainbow sprinkles.

Plus, if you ask at the window, they’ll usually have free lollipops on hand for all the kids in the car.

My kids absolutely love going – they’ll dance in their car seats to the music and they look forward to the happy faces of their DB friends.

For tips on what to order the kids in your car, check out this detailed post.

Yup, they love dogs, too! They always offer dog treats or a pupuccino for your furry friend and if you roll down the window, they’ll even give them a little pat (if Fido is friendly).

I bring my sweet girl with me whenever I can and she looooooves going to Dutch Bros. She’s allergic to a lot of things, too, but she is happy to get their pup treats.

Keto, sugar-free, whatever your diet choices are – you’ll find an option at Dutch Bros. They have a huge list of sugar-free syrups and the baristas are happy to recommend options to fit your preferences. 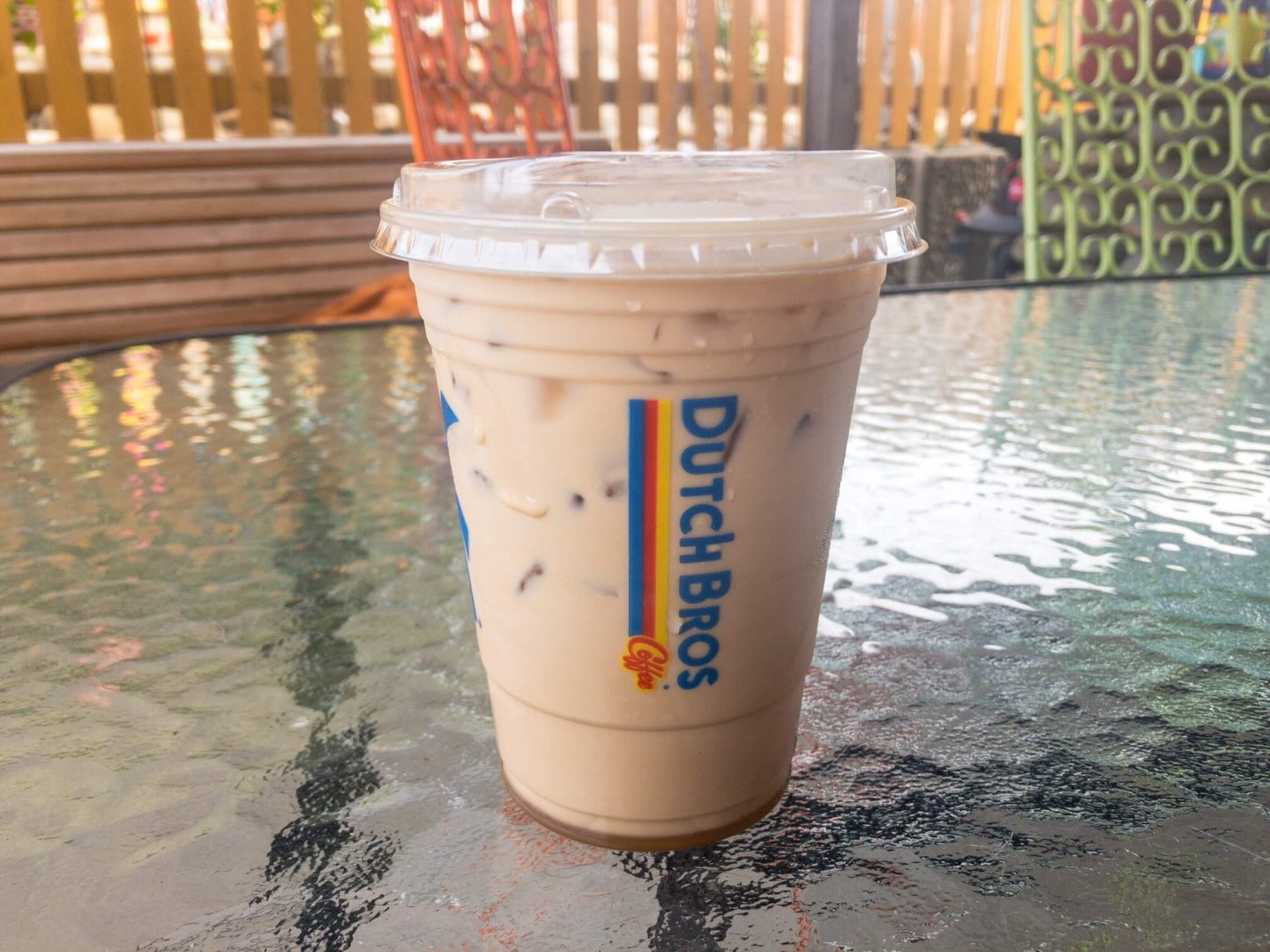 Just make sure to read my post on the carbs in those sugar-free syrups – because some of them are much higher than others and will blow your keto diet.

7. Dutch Bros Has a Not-So-Secret Menu: 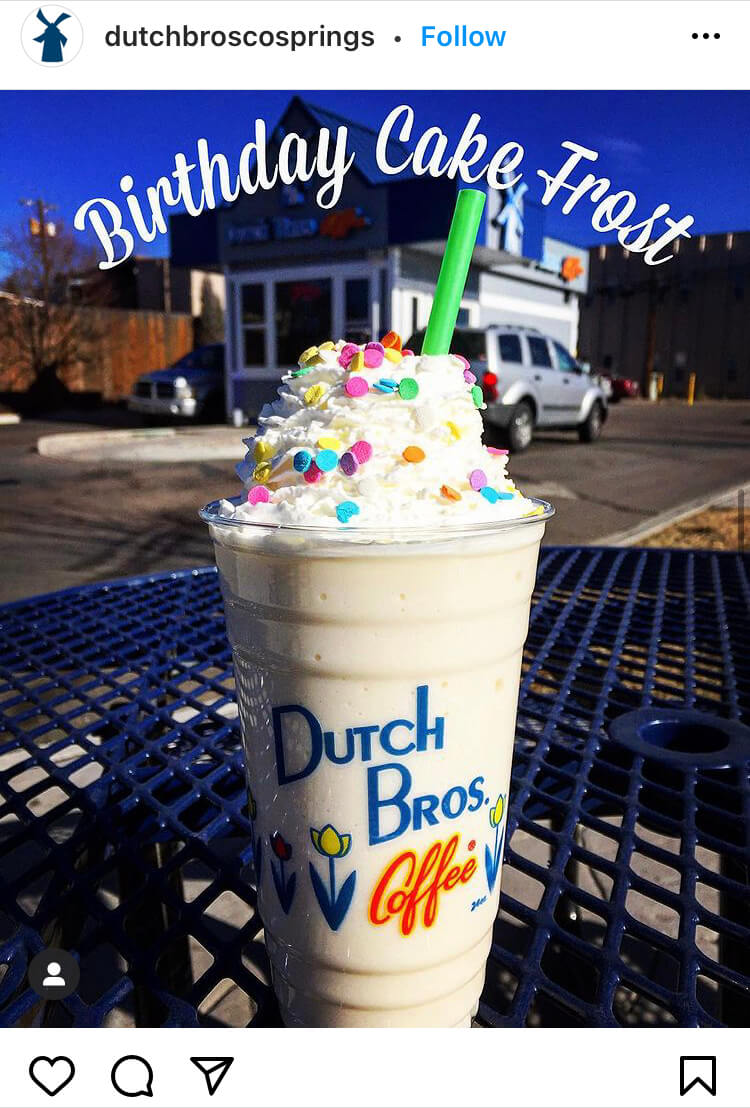 Love a secret menu? Don’t spend too much time combing Tik-Tok and Instagram, because Dutch Bro has a secret menu that is not-so-secret.

Good news? You won’t have to memorize a long ingredient list or get frustrated with locations that aren’t willing to make it for you (or don’t make it right).

All Dutch Bros locations know the secret menu items and are happy to whip them up for you.

8. Dutch Bros Drinks Can Be Customized:

Prefer a drink blended? They’ll blend anything for you. Want to create your own drink? They love that. Need oat milk? They’ve got it. Love a soft top? Theirs is the best.

Honestly, I’ve rarely seen a coffee shop so incredibly willing to customize a drink. If you’re looking for some fun ideas, follow them on Instagram or the hashtags #dutchbros and you’ll see lots of great ideas of how people are mixing up their own faves.

I just saw this one, actually, and I can’t wait to try it: Iced breve with sugar free white chocolate and sugar free raspberry.

Bummed you don’t have a Dutch Bros near you? No worries. They probably will soon. They’re planning on opening 85 more locations in 2021 alone!

What do you think – do you love Dutch Bros? Would you check them out?

We love visiting DB, but we are equal opportunity coffee lovers. Stay tuned for more posts on coffee, coffee recipes, great drinks to try and more.